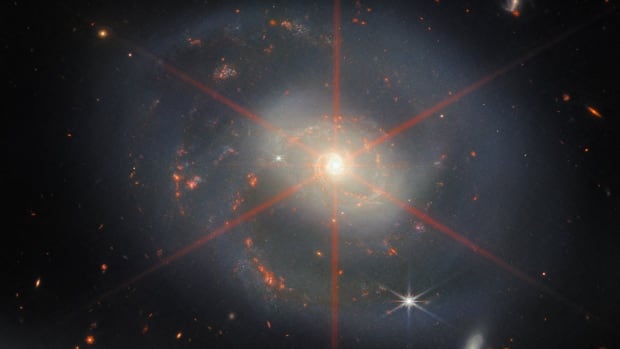 
2022 was a great year in science. Here is a list of remarkable achievements that caught my eye this past year.

Years late, and billions of dollars over budget, the largest telescope ever launched into space finally got off the ground on Christmas day last year.

Getting it to its final position 1.5 million kilometres from Earth, was a nail-biter for NASA engineers. The complex instrument then had to unfold itself, origami-style, in a sequence of delicate steps. If something went wrong, it was too far away to be serviced by astronauts in the same way its predecessor, the Hubble telescope, had been.

Over the following six months, the telescope’s segmented mirror aligned and the entire instrument was cooled down to -266 C so its sensitive instruments could see the most distant objects in the universe without any intefering signals from the telescope itself.

Since operations began, the telescope has performed beyond expectations.

Ernest Shackleton’s ship Endurance, crushed in the ice of Antarctica during a fateful journey in 1915, was found on the floor of the Weddell Sea by an international team of explorers.

Video recorded by remotely operated submersibles showed the ship was in remarkable condition, well preserved by the cold water.

Scoring a perfect bullseye, NASA’s DART (Double Asteroid Redirection Test) spacecraft slammed into the asteroid Dimorphos in an attempt to change its speed and path through space. The target, only 160 metres in diameter, actually orbits a larger asteroid named Didymos.

The collision slowed the asteroid down in its orbit by more than half an hour — more than the scientists expected. The test proved that it is possible to deflect an object should we ever discover one on a collision course with the Earth.

At the latest in a long series of United Nations meetings over the past 40 years, world leaders assembled to discuss the issue of climate change. They agreed on a loss and damage fund to help nations cope with climate change, but failed to agree on a plan to phase out fossil fuels.

Black hole at the centre of our Milky Way

Astronomers using the Event Horizon Telescope, a collection of radio telescopes around the world that act together as one giant instrument the size of our planet, produced an image of the supermassive black hole that resides at the heart of our galaxy.

The image is similar to the first image of a black hole spotted in a distant galaxy in 2019.

Even though the two black holes are very different sizes and in very different galaxies, they are remarkably alike, which proves that the mathematical theories about black hole formation are consistent across the universe.

The effects of climate change that scientists have been warning about for decades are becoming more visible.

In the strange world of quantum mechanics, particles in two separate places can be connected, a phenomenon Einstein called “spooky action at a distance.”

This year’s Nobel Prize in Physics was awarded to three physicists who demonstrated this connection. That’s cleared the way for technology based on quantum information that could revolutionize communication and computing.

This was an optimistic international meeting in Montreal to discuss preservation of biodiversity on the planet. As alarm over the risk of species extinctions continues to rise, a new approach discussed at this meeting is to include Indigenous knowledge to lead the way to preservation.

Another long-delayed and over budget NASA project finally lifted off as the most powerful rocket ever built sent an uncrewed capsule — capable of transporting humans — to the moon and back. The Orion capsule carried dummies as passengers in an almost month-long journey around the moon before returning home for a splashdown in the Pacific Ocean.

The successful flight was a test of all the systems in preparation for Artemis II, which is scheduled to carry astronauts on a similar journey in 2024.

The day the Orion capsule landed on Earth marked the 50th anniversary of Apollo 17 touching down on the moon.

It was the last time humans walked on the lunar surface, setting records for the longest stay, greatest distance traveled and largest collection of lunar samples brought back to Earth. It was also the only mission to carry a trained scientist.

Scientists at the National Ignition Facility in the U.S. achieved nuclear fusion that yielded more energy than was put in to drive the reaction.

While this is a significant milestone in fusion research, the technique — using powerful lasers to ignite a tiny pellet — is not the most likely road to generating clean electricity. That technology is most likely to be demonstrated by magnetic confinement reactors such as ITER and SPARC currently under construction.