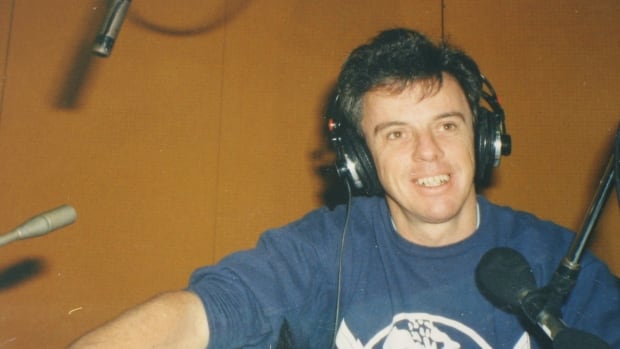 
By our rough estimate, Bob McDonald has conducted more than 7,000 interviews over the past 30 years as host of Quirks & Quarks. And while it’s a challenge for him to pick a favourite, here are a few standouts:

Airing on Oct. 24, 1992, Bob seamlessly slid into the host chair for the first time with little fanfare. If he was nervous to have finally landed his dream job, he didn’t show it.

He interviewed researchers such as David Lewis about whether dental equipment could spread AIDS, Edward J. Weiler about the Hubble space telescope’s troubles, and Richard Wassersug about a frog with some strange reproductive behaviours.

The universe is half the size we thought it would be

In 1994, scientists were able to calculate a far more accurate distance measurement between Earth and a pair of galaxies in the distant universe. The problem is that these galaxies were closer than they had thought, and as astronomer Peter Stetson told Bob, it meant that the universe was significantly younger and smaller than expected.

This was the insight that led scientists to the concept that something was causing the universe to expand — the dark energy.

A 1994 interview with astronomer Peter Stetson about an astrophysical conundrum.

Nobel Laureates take us through the looking glass

Bob has interviewed many Nobel Laureates in his 30 years, but this episode was a rare treat — in 1995 he hosted multiple Nobel Prize winners in the studio at the same time, all talking about the future of science.

In this special edition of Quirks & Quarks, we hear from George Porter and Ilya Prigogine, celebrated for their work in chemistry, and Christian de Duve, who was awarded the Nobel for his work in medicine.

An episode featuring several Nobel laureates, talking about the future of science.

In 2002, the legendary primatologist stopped in to talk with Bob ahead of the Canadian launch of her IMAX film Jane Goodall’s Wild Chimpanzees. Bob and Jane spoke about how a girl growing up in urban England developed a love for animals, why scientists critical of her work were wrong, and how she was able to get close to the wild chimpanzees in Gombe Stream National Park.

“After months and months, when these amazing creatures would run away as though I was some terrifying strange ape, finally I got their trust… and those moments were the reward,” she told Bob.

Jane Goodall stepped into the Quirks & Quarks studio in 2002.

First planet outside of our solar system

In 1994, scientists, including Alexander Wolszczan who spoke with Bob, made the discovery of the first planet outside of our solar system. It was exciting news at the time but, since then, researchers in institutions around the world have discovered thousands of extra-solar planets.

We now believe most stars likely have planets, which could mean hundreds of billions in our galaxy alone.

Bob speaks with Alexander Wolszczan in 1994 about his discovery of the first pulsar planet.

Earth Day was first celebrated in 1970, and for the 25th anniversary of this celebration of our planet, Bob spoke with Elizabeth May, then-director of the Sierra Club, about whether the day actually did anything to help environmental causes — or whether it was just full of hot air.

Quirks and Quarks9:1030 years of Bob McDonald – Elizabeth May

A 1995 look at the legacy of Earth Day with Elizabeth May, then-director of the Sierra Club.

Reaching all the planets of our solar system

Bob had a once-in-a-lifetime experience when he was allowed into the control room at Johns Hopkins University to watch as the probe New Horizons zoomed around Pluto in 2015. Afterwards, he spoke with the mission’s principal investigator, Alan Stern.

Carl Sagan on the search for life

Very few interview guests leave Bob starstruck, but that’s exactly what happened when cosmologist Carl Sagan came into the Quirks & Quarks studio to record several segments in early 1995. Here’s the first, which aired in March of that year.

Bob interviews cosmologist Carl Sagan in the first of a series of segments with the legendary cosmologist.

The onset of the Internet

Back in 1993, Bob spoke with new media expert Paul Hoffert of York University about an exciting new technology: a communication network that would transfer large amounts of information via fiber optics into people’s offices and private homes. At the time it was dubbed the electronic highway, but today we just call it the internet.

Bob introduced us to the “electronic highway,” better known today as the internet, back in 1993.

On Oct. 6, 2018, Canadian scientist Donna Strickland was awoken by a phone call she’ll never forget — even if, at first, she thought it was a prank and hung up on the Nobel committee.

Strickland, a professor in the department of physics and astronomy at the University of Waterloo, is one of the Nobel Prize recipients for her work on chirped pulse amplification.

In this hypothetical world, Bob interviewed several series regulars who are experts in their fields to share what was happening in the world of science, 25 years in the future. The result is a wacky episode featuring a whole bunch of scientific predictions that haven’t come true — but many that did.

And as a bonus:

Here’s Bob’s first piece for CBC Radio. It’s a segment that aired on Ideas in January 1978 for a special series about the climate called Running Hot and Cold. Bob starts at the 20:40 mark but the whole episode is worth a listen.

Bob’s first ever appearance on CBC Radio, talking about the climate in 1978

Parag Agrawal and others: Elon Musk will have to pay three fired Twitter executives nearly $200 million

Bob McDonald looks back at 30 years of hosting Quirks & Quarks