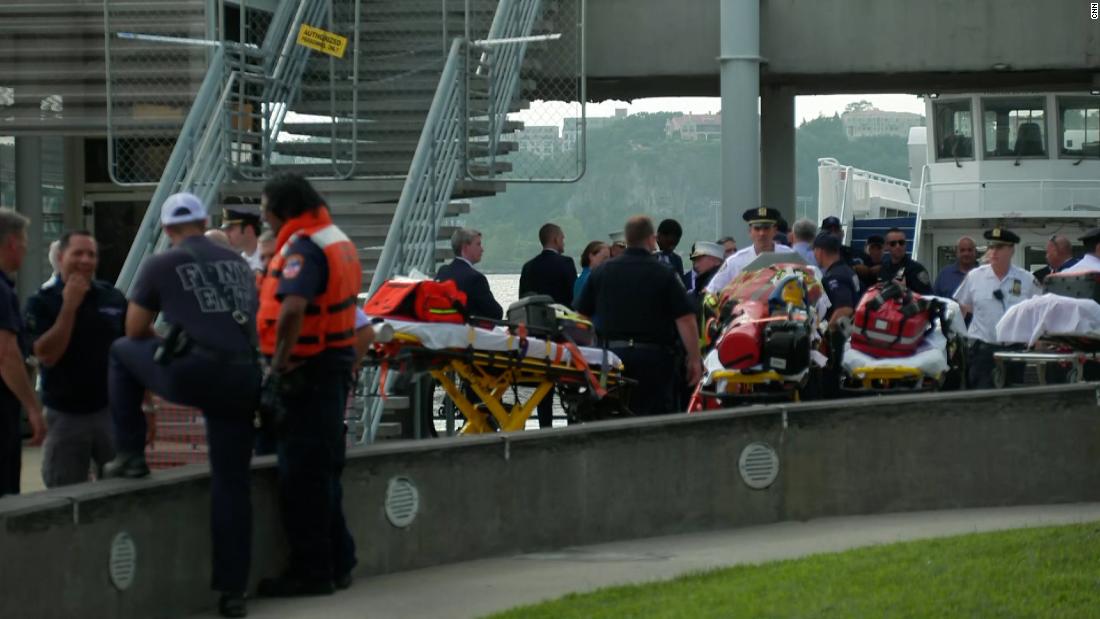 The boat, which is not closed cabin, had been chartered by a group of family and friends, McCarthy said.

The boat’s captain was in critical condition Tuesday, he added. Its owner had been on a Jet Ski following the vessel when it overturned.

“There’s a lot of commercial and recreational traffic during the day here,” said Inspector Anthony Russo, the commanding officer of the NYPD Harbor Unit. “You could have waves approaching from different directions. It takes some skill to operate in the Hudson River, so it could have been a contributing factor.”

Winds around the time the boat capsized were at 17 mph, and it was 87 degrees and dry, according to the National Weather Service.
The NYPD got a report around 2:45 p.m. Tuesday about a boat in distress, and officials pulled 12 people from the water, most with minor injuries. One person had serious non-life-threatening injuries, and two others later were in critical condition at hospitals, according to the fire department.

“Our hearts go out to a group of people who were just using the water in our cities,” Adams said. “This is a devastating moment for them and those who were part of the families that were there.”