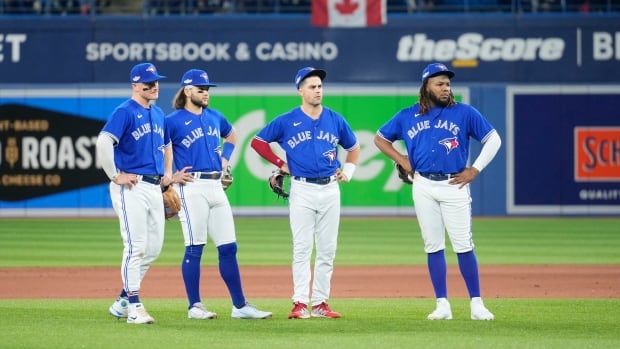 
The visiting Seattle Mariners, who were down 8-1 in the fifth inning, came all the way back to defeat the Toronto Blue Jays 10-9 on Saturday to win their best-of-three American League wild-card playoff series in two straight games at Rogers Centre.

The Mariners, who won Game 1 on Friday 4-0, advance to play the Houston Astros in the best-of-five Division Series that starts Tuesday in Texas.

Blue Jays centre fielder George Springer was carted off the field after he collided with shortstop Bo Bichette in the eighth inning.

With two out and the bases loaded, J.P. Crawford hit a blooper into shallow centre field. Springer and Bichette went hard after the ball, but it landed as the two collided. All three runners scored on the double, tying the game at 9.

It looked as if Bichette’s right arm whacked Springer across the forehead. Bichette got up pretty quickly and stayed in the game after he was checked on by a trainer. A woozy Springer was helped to his feet as the cart was driven onto the field.

The 33-year-old Springer, a four-time all-star, encouraged the cheering crowd as the cart left the field. He was replaced by Jackie Bradley Jr.