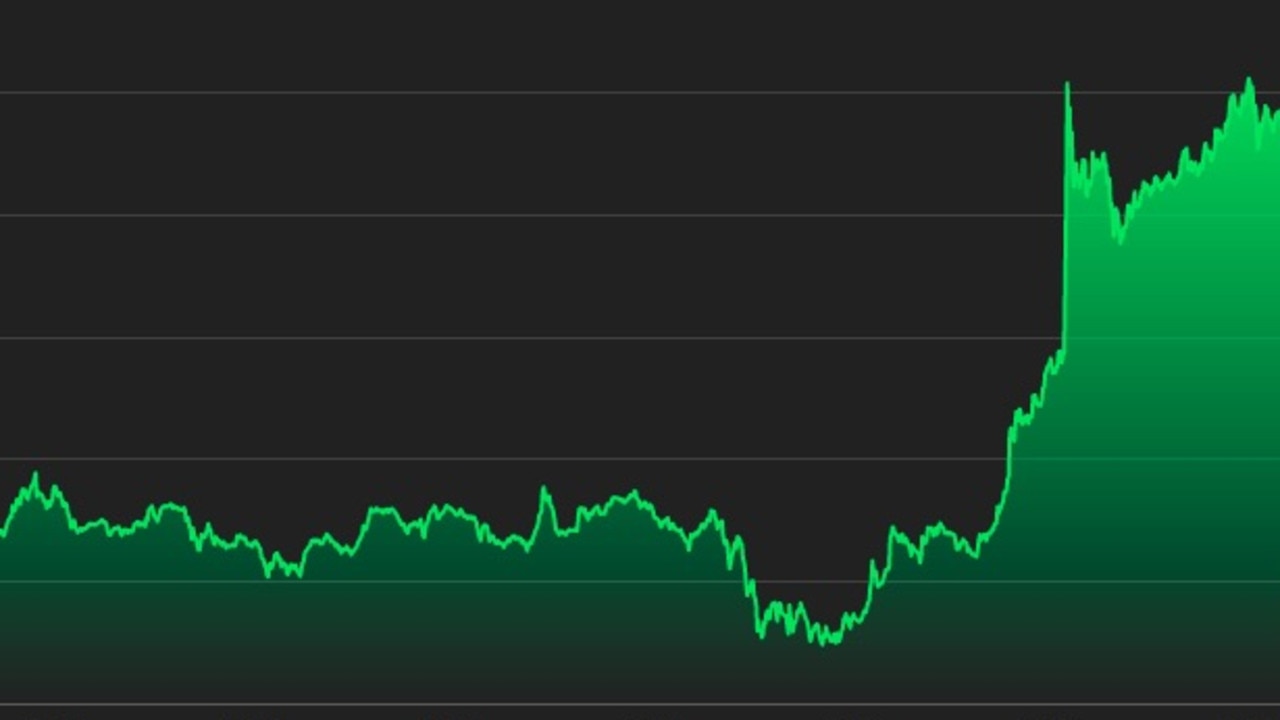 Bitcoin price: Bitcoin surges to $55,000, highest since May

Bitcoin has had an incredible 24 hours, surging to its highest price since May despite plunging dramatically last month after triple crises.

Bitcoin is the highest it’s been since May despite experiencing one of its rockiest months to date in September.

Bitcoin is currently up 7.4 per cent over the last 24 hours.

This week alone, the digital coin has flourished by 13 per cent. It is up 87 per cent for the year.

That’s the highest the digital coin has been for a long time, after being hit by three successive events in September that reduced consumer confidence and prompted mass sell-offs.

Exactly this time last month, bitcoin hit a four-month high above $52,000, on September 6, ahead of El Salvador’s switch to bitcoin as legal.

However, within hours the coin was plummeting after a botched rollout in the South American country.

It plunged an estimated $US400 billion in a single day after news of El Salvador’s crypto glitch broke, with bitcoin dropping to $US43,0000.

Then, just two weeks later, bitcoin was hit again following fears of the collapse of Chinese property developer Evergrande, plummeting to US$42,000.

The beleaguered coin then was hit with a triple whammy — two weekends ago, China’s central bank declared that any transaction involving a cryptocurrency was illegal.

Some analysts told Reuters earlier this week that October is typically a bullish month for digital commodities, while September is historically a bearish period for the sector.

Online, some referred to the rise as “Shocktober”.

However, there’s more to it than simply the time of year.

Some suspect that an assurance from the US government has buoyed the market.

He told Congress the central bank had “no intention” of following in China’s footsteps by banning cryptocurrencies.

US Securities and Exchange Commission Chairman Gary Gensler reiterated this in a financial hearing, saying he has no plans to ban cryptocurrency.

It would be up to Congress on whether to ban it, according to him.

Other experts thought it was much simpler than that; that crypto has risen because investors love to see neat numbers.

An advisor from US investment management firm Gerber Kawasaki, Brett Sifling told Forbes: “Now that we’ve broken the past $50,000 resistance, I’d be watching that prior resistance ($50,000) as a new support level.

“People love to place orders at round numbers and supply/demand builds up.”

She said the bandwagon mentality was fuelling bitcoin’s windfalls.

“Institutional investors move as a herd, they are momentum chasers,” she told CNBC.

“When they see this kind of momentum, they start to think, what am I going to miss? Is my performance going to be weaker than those of my competitors? Maybe I should pile into that.”