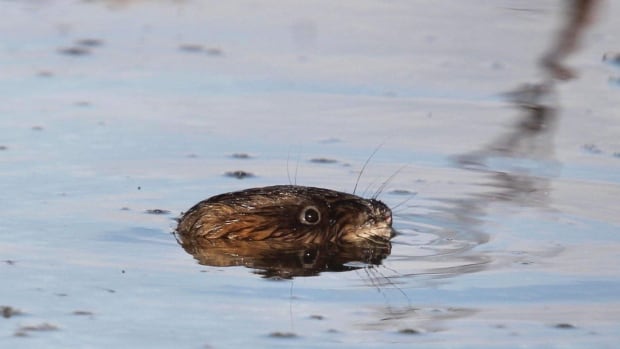 
Eddie Kumarluk remembers a time when thousands of Arctic char swam in the Pamiullujusiup Lake near Umiujaq, Que.

In the 1970s, there was a local who set up his nets in the winter, recalled Kumarluk, manager of the hunting, fishing and trapping association of the community in Quebec’s northern Nunavik region.

“He used to catch nothing but Arctic char,” said Kumarluk. “It’s one of our main foods that we like so much, and they have been in decline in recent years. We have hardly caught any.”

What he described as a once plentiful area for fishers is no more. Newly arrived beavers are to blame.

The buck-toothed rodents have been expanding north over the past few decades — now found in parts of Nunavik, past the treeline.

Experts say they are travelling out of survival instincts, but the move has a cost on wildlife and the traditional ways of life for Inuit.

Studying beavers in the North

Locals began noticing the encroaching animals as early as the 1970s and ’80s, says Kumarluk.

Ten to 15 years ago, they started finding beaver dams built along the lakes. From there, they realized the extent of the damage caused by the semiaquatic animals — and the need to study their impact on the northern environment.

Kumarluk says it’s the “architecture” of the dam — built as a shelter for young beavers — that poses a problem to Arctic char specifically.

“They’re not as strong as salmon. Salmon can jump over a beaver dam … but Arctic [char] are weaker,” said Kumarluk, adding that the beavers’ presence has become a concern for the community.

“We don’t know how many rivers they have blocked or dammed and we have so much work ahead of us,” said Kumarluk. “We’re doing what we can.”

Part of the effort has been on securing funding to dismantle the dams to restore proper water flow to the lakes.

Some communities, such as Umiujaq, are particularly at risk to be impacted by beaver expansion because of the geography, says Mikhaela Neelin, director of the Nunavik Hunting Fishing Trapping Association.

Umiujaq is one of the communities located just north of the treeline — the edge of the habitat where trees are capable of growing.

“In the tundra and a lot of regions, they’re seeing beavers appear there for the first time,” said Neelin, adding that the consequences are a mixed bag.

“It’s not black and white … beavers are often pretty beneficial. They do a lot,” said Neelin.

However, she notes the negative consequences are more severe in the North.

“They migrate into the lake and even one big dam could really affect a fishing area,” said Neelin.

Beavers might also affect the quality of the water, says Neelin. As water systems and rivers get dammed, there is concern over whether water from the lake or river could still be consumed without treatment.

Part of the problem has to do with what Neelin calls the “shrubification” of Nunavik — with more willows and small branches growing in the region because of a warming environment.

“Willows for example, they would be at ankle height. Some of them are now at human height and with that amount of deciduous material beavers are able to survive in areas that they couldn’t before,” said Neelin.

“Climate change is really increasing the height.… So that’s a huge impact on beavers moving northwards.”

Kumarluk says beavers are also expanding north out of survival instincts due to human activity such as hunting.

“The Inuit, we hardly work on [beavers],” Kumarluk says. “We don’t bother them.”

Kumarluk and Neelin represented Nunavik at a conference on the beaver’s Arctic expansion in Yellowknife last month.

Kumarluk says they recently bought a drone to survey the area and are trying to get a Cree elder to come to Umiujaq to teach the community how to control its growing beaver population.

“We really wish to teach the youngsters, the young people, even elders, how to trap beavers so that maybe we can control at least part of it,” said Kumarluk.

“Hopefully we will be able to get more funding.”