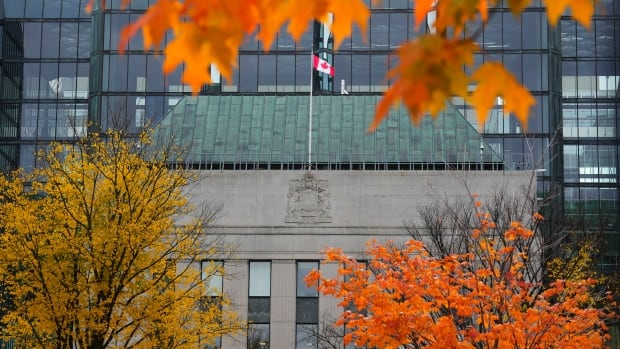 
Canada’s central bank continued its campaign to wrestle high inflation into submission on Wednesday, raising its benchmark interest rate by 50 basis points to 3.75 per cent.

The Bank of Canada’s rate — officially known as the target for the overnight rate — is the amount that retail banks are charged for short-term loans.

But it filters down into the economy by influencing the rates that Canadians get from their own lenders on things like savings accounts and mortgages.

After slashing its lending rate to near zero early in the COVID-19 pandemic, the bank has raised its benchmark rate six times since March, as it scrambles to rein in inflation, which has run up to its highest level in decades.

While the move will likely help bring down the cost of living in the long run by compelling Canadians to spend and borrow less, it will only increase the pain for consumers and businesses that are already feeling the pain of inflation and higher borrowing costs.

The bank was widely expected to raise its rate, as the country’s inflation rate is still more than twice as high as the range it likes to see. But the increase of 50 basis points is less than the 75 points that some economists and investors were anticipating.

WATCH | How are rate hikes affecting you?:

How will this rate hike affect you?

On the streets of Toronto, Canadians told CBC News how the Bank of Canada’s decision to raise interest rates will impact their finances.

That could be a sign the central bank is nearing the end of its rate-hiking cycle, but in its statement, the bank made it clear that rates “will need to rise further.”

Karyne Charbonneau, executive director of economics at CIBC Capital Markets, said the bank’s decision to slow the pace of its rate increases means “we are getting closer to the end of the hiking cycle and … steps of 75 basis points are now behind us.”

But she thinks another half percentage point is likely coming, and “rates will have to stay at that level at least through the end of 2023 to help bring inflation back down to target.”

The goal of the bank’s rate hikes is to bring down demand for all kinds of goods and services that have seen a surge in recent months. The most direct impact of the increases so far has been on the mortgage market, where the price to borrow money has roughly tripled since February.

Ahmad Syed and his wife, Hira Ahmad, recently purchased a home in Elmsdale, N.S. They were pre-approved for a variable rate mortgage in February and took possession in June, and say the speed at which the numbers have changed in six short months has taken their breath away.

Their home loan now costs them an extra $1,000 more every month than they had planned. And while they are keeping their heads above water for now, they’ve had to cut their other spending categories down to nothing, cancelling plans for a new car and rethinking travel plans.

“I’m not sure how the average Canadian is going to pay their mortgage now because if it keeps increasing like this, it will be very difficult,” Syed said.

They feel like innocent victims of the central bank’s fight against inflation. “Who is responsible for the inflation in the first place?” Ahmad asked. “Why should I be paying for all these mistakes? The Bank of Canada is punishing us for something that we didn’t do.”

Food prices have been a major source of pain for consumers of late, with grocery prices increasing at a pace of more than 11 per cent in the last year, according to the latest Statistics Canada numbers.

Many, including federal NDP Leader Jagmeet Singh, have put the blame for high food prices at the feet of corporate profiteering, using the term “greedflation” in a series of social media posts.

Derek Holt, vice-president and head of capital markets economics at Scotiabank, said that argument doesn’t add up, since food prices are up by far more in other countries than they are in Canada. “I know that food prices are high and rising and this is causing pain, but there are important macro drivers to consider that don’t make it quite as simple as playing the blame game and bashing corporations,” he said.

Derek Burleton, chief economist for TD Bank, reacts to the Bank of Canada’s 50-basis-point interest rate increase and how high he anticipates it may go.

CBC News asked the central bank why Canadians should expect this rate hike to bring down food prices when the previous ones offered little relief in the grocery aisle, and senior deputy governor Carolyn Rogers said the bank is keeping a close eye on what extent food companies will pass on the cost savings they are starting to see in their supply chain.

“Our goal of getting the excess demand out of the economy … will help to restore the competitive pressure and will prevent retailers from from just passing through all the costs,” she said. “[It] will bring the competition back. That’ll put downward pressure on prices.”

Bank officials made it clear in a press conference following the decision that they are trying to find a balance between doing too much versus too little to fight inflation. They acknowledged the task will be a difficult and possibly painful one.

“There are no easy outs to restoring price stability,” Bank of Canada governor Tiff Macklem said. “If we don’t do enough, Canadians will continue to endure the hardship of high inflation. And they will come to expect persistently high inflation, which will require much higher interest rates and potentially a severe recession to control inflation,” he said.

Jimmy Jean, chief economist and strategist at Desjardins, said he expects the central bank to raise its benchmark rate again at its next policy meeting in December, but he’d be surprised if there are more beyond that.

“Right now, with inflation having peaked, it is … time to really hit the pause button and really be open to the possibility of having to roll back some of those hikes in 2023, if inflation moderates faster than expected or we see a recession that is perhaps more severe than we hoped for,” he told CBC News in an interview.