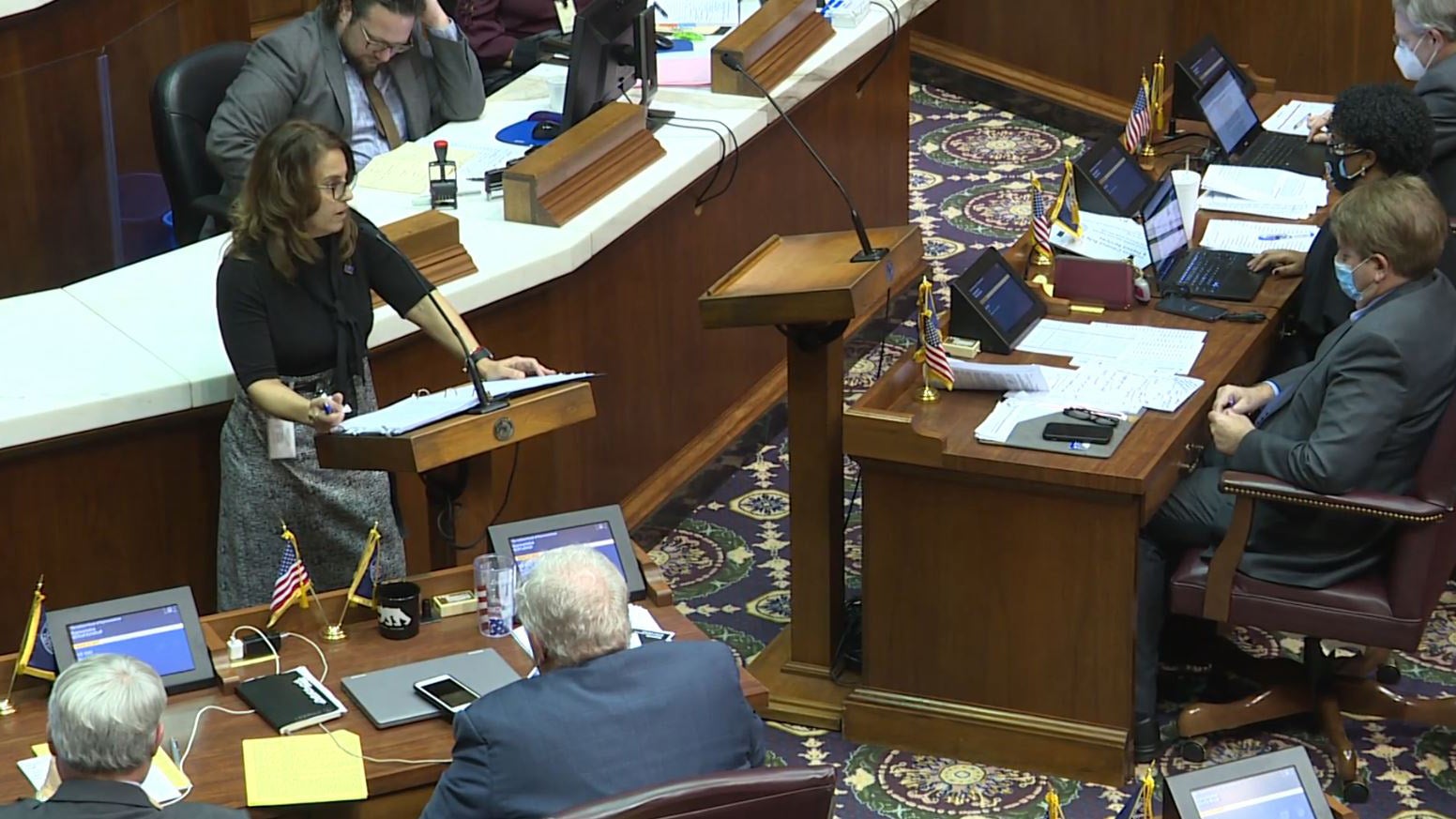 The legislation would also establish a civil action for violations, and schools wouldn’t be subject to liabilities for complying with it.

The measure was voted out of the House Thursday in a 66-30 vote and now heads to the Senate.

Bill sponsor Rep. Michelle Davis, a Whiteland Republican, said she wants to ensure all girls have a level playing field in sports. A former Ball State University basketball player and a 2012 inductee into the Indiana Basketball Hall of Fame, she said her father often had her practice against boys who had been cut from the boys’ team when she was in high school.
“I was the worst player on that court and I could barely keep up,” she said. “They were bigger, faster, stronger.”

The bill’s opponents said the measure is a solution in search of a problem. Rep. Tonya Pfaff, a Terre Haute Democrat, said the IHSAA already has policies in place to govern the participation of transgender girls and there are almost no known transgender girls competing in Indiana school athletics anyway. As for the issue of fairness on the field, Pfaff said she was one of the first girls to play on the sixth grade boys’ soccer team at her school and the experience made everyone on the team better, boys and girls.

“When we pass laws on issues like this, we are usually trying to put an end to discrimination,” she said. “This law puts discrimination into Indiana law.”