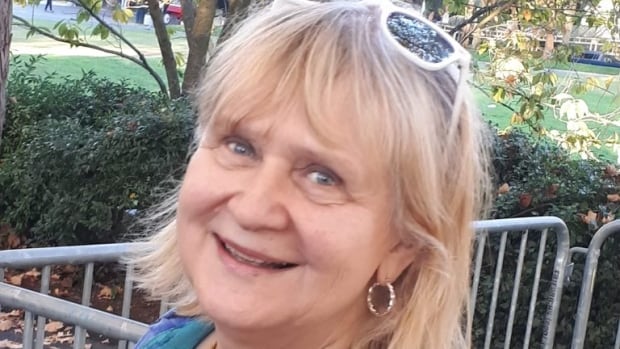 B.C. woman who suffered stroke waited over an hour for an ambulance. Now she’s partially paralyzed


This story is part of Situation Critical, a series from CBC British Columbia reporting on the barriers people in this province face in accessing timely and appropriate health care.

The family of a woman who was left paralyzed after suffering a stroke are asking for answers as to why she waited more than an hour for an ambulance to take her to the hospital.

Her brother, Allan Greenwood, is angry at the delay in transporting her to the hospital which he believes is responsible for her partial paralysis.

“Next to a heart attack stroke is the thing where you [have] to act quick and there’s brain cells dying every second,” he said.

“Now she’s in a hospital bed and she’s partially paralyzed and we don’t know the outcome.”

Williams was with a friend, who is a retired doctor, when she suffered the stroke.

CBC News spoke with the friend, who did not want to be interviewed on camera but provided details about how events unfolded.

The friend, who was staying with Williams, says the retired city councillor was sitting on the couch when the friend noticed her speech became slurred.

When she turned back, the friend saw that Williams’ face was drooping and her body was swaying to the left so she grabbed her by the shoulders and said, “Lorrie, you’re having a stroke.” The friend called 911 immediately.

Over the next hour and a half, Williams lay on the floor as the friend and two neighbours tried to comfort her and manage her symptoms.

The friend says they called 911 repeatedly to get an ambulance and were told it was on its way.

In an emailed statement to CBC News, B.C. Emergency Health Services (EHS) confirmed they received a call at 8:09 p.m. to respond to a patient in New Westminster in the 400-block of Kelly Street, where Williams lives.

It said at the time, many paramedics were responding to other urgent medical emergencies in the area and the first ambulance that became available was dispatched.

It also said that during the response period, B.C. EHS was alerted that the patient’s condition had changed and the call priority was upgraded. According to EHS, paramedics arrived within four minutes of that upgrade, and were on scene at 9:18 p.m.

Greenwood says his sister’s friend and neighbours thought about taking her to Royal Columbian Hospital themselves, which is a few blocks away from Williams’ home, but kept hoping the ambulance would arrive soon.

He says paramedics finally arrived and transported his sister to Royal Columbian Hospital for surgery two hours after the initial 911 call.

“I don’t blame the ambulance people here,” said Greenwood. “There’s something wrong with the system at this point … How is it that when you really need an ambulance, it takes two hours to get one now?”

EHS says it’s reviewing their response to the call. “We know it’s stressful when someone who needs an ambulance is waiting for one and we apologize to the patient and their family for the delay,” reads their statement.

Before her stroke, Williams was an active 81-year-old. She lived independently and cared for her dogs and cats. When her house caught fire in the early hours of July 14, Greenwood says his sister jumped out of bed, ran out to the backyard and started fighting the fire herself with a garden hose.

A former city councillor in New Westminster for 16 years, Williams remains well-known and well-liked in the community. In 2019, she was named New Westminster’s citizen of the year.

“She had it all going on and was travelling and had her pets and a wide range of friends and [she] was very active in the community,” said her brother.

Williams is still in the hospital and while her condition has improved enough for her to sit up in bed, Greenwood says she may use a wheelchair for the rest of her life.

“It looks like she needs assisted care the rest of her life, and that’s probably a direct result of the delay in getting her to the hospital,” he said.

TV ads refer to the acronym F.A.S.T. to remind people of the symptoms that should trigger a 911 call.

“I’m angry at the people who get paid to look out for the system, who aren’t doing their job, who allowed it to get to this condition,” he said.

The union representing ambulance paramedics in B.C. has been sounding the alarm over staffing shortages for years.

“It’s really disturbing to hear of these delays and we continue to hear of them and particularly in what could be a life-threatening emergency like that when somebody had to wait that time frame in their time of need, that’s unacceptable,” said Troy Clifford, president of the Ambulance Paramedics and Emergency Dispatchers of B.C.

He says staffing shortages are largely the result of wage disparities between paramedics and other public safety jobs like police, fire and health.

In 2016, B.C. Emergency Health Services set a target of responding to the most critical patients in Metro Vancouver within nine minutes at least 75 per cent of the time by 2020.

CBC News reached out to the Ministry of Health to ask why ambulance delays continue to exceed target response times. Despite having over 48 hours notice to respond, the ministry did not respond in time for publication, citing a media blackout due to the Queen’s passing.

“This is evidently a new ball game where the ambulance isn’t going to be there and you kind of have to take matters into your own hands and that’s certainly what I would do if this situation came up again.”