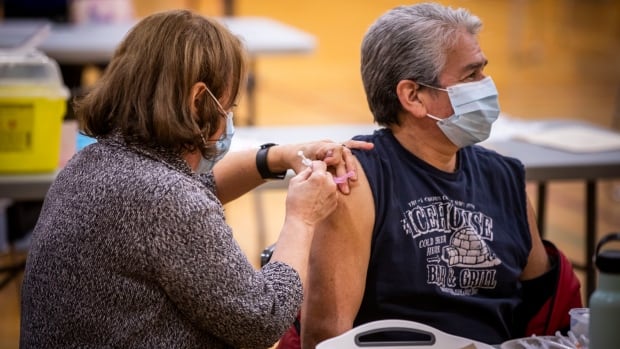 
British Columbia’s top doctor has signalled third doses of the COVID-19 vaccine could be made more widely available in coming weeks, as breakthrough cases and subsequent deaths in the province continue to slowly climb.

Provincial health officer Dr. Bonnie Henry says more information about booster shots will be made available by the end of October once the various questions around ethics, effectiveness and timing have been considered.

“Who’s going to most benefit from a booster shot? What is the best timing? Who’s the most at risk?” said Henry, noting both the National Advisory Committee on Immunization and the Council of Chief Medical Officers of Health are also looking into the matter.

“There’s a whole number of considerations that we need to go through,” she said.

Last month, 125 British Columbians died of COVID-19, 61 per cent of whom were unvaccinated. Six per cent of those who died had one dose of the COVID-19 vaccine, and 33 per cent had two doses. In all groups, the death toll skewed older, with the highest mortality rates seen in those aged 80 and up.

The B.C. Centre for Disease Control has said cases, hospitalizations and deaths in fully vaccinated individuals are expected to climb as more people get vaccinated.

Still, elderly residents tell CBC the latest numbers have them worried, with several saying they are eager for the province to offer third doses to the general public.

Presently, the province is offering third doses of the COVID-19 vaccine to residents in long-term care and assisted living facilities, as well as some 100,000 “moderately to severely” immunocompromised individuals.

“I would like to see as many people vaccinated with the booster shot as possible,” said Ramona Kaptyn, president of C.A.R.P. (Canadian Association for Retired Persons)’s White Rock Surrey chapter.

“We’ve already learned how to [vaccinate people] — so let’s just get on with it,” she said.

Doctors, meanwhile, tell CBC it’s not a matter of whether residents will get a third dose, but when.

“I think that third dose in long-term care makes absolute sense right now because those are our frail-est of frail,” said Dr. Naz Parmar, a specialist in geriatric medicine.

“I do hope though … in the next few weeks, there will be the acknowledgement that there are a lot of people who are at that same level of frailty still living in their own homes.”

Parmar says that while she’s noticed more patients asking about boosters, she agrees with the province’s approach of prioritizing both age and vulnerable populations.

Ontario, Manitoba and Nova Scotia have similarly prioritized vulnerable populations, while Alberta this week expanded eligibility to include everyone over the age of 75, as well as First Nations, Inuit and Métis people over the age of 65, provided it’s been six months since their last dose.

While it’s unclear which groups may be included if the province decides to expand booster eligibility, B.C.’s seniors advocate says those 80 and over would be a logical next step.

“The waning protection is based on age and overall health and ability to mount this antibody response,” said Isobel Mackenzie. “Older adults in the community would maybe benefit from the booster.”

B.C.’s Ministry of Health says that anyone eligible for a third dose of the COVID-19 vaccine will be notified and can receive their shot by visiting an immunization clinic in their community. Side effects from a third dose are reported to be similar to those experienced after the second dose.