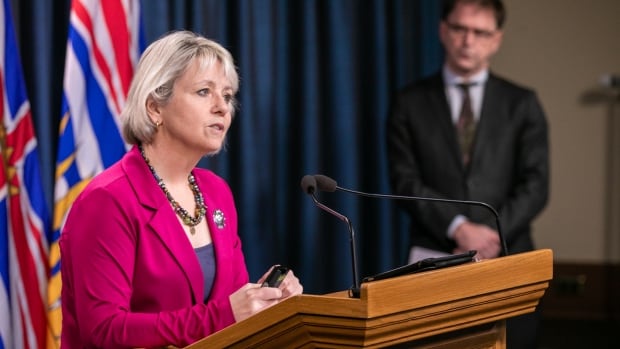 
The British Columbia government has made the switch to providing COVID-19 updates on a weekly rather than daily basis, saying the change aligns with a shift away from a case-management model to a surveillance model.

A Health Ministry bulletin says the weekly reports will focus on identifying meaningful changes in key COVID-19 measurements and trends over time.

It also says that reporting on deaths is changing to count all deaths that occurred within 30 days of the person’s positive lab result, regardless of whether the underlying cause of death was found to be linked to COVID-19.

The change is the latest the province has made in its approach to managing the pandemic, which has claimed 3,004 lives to date.

‘Being able to manage ourselves now’

On Friday, British Columbians will no longer need to show their vaccine passport cards as of 12:01 a.m., while the mask mandate for most indoor public spaces was lifted March 11.

Provincial health officer Dr. Bonnie Henry said on Thursday that the changes aren’t a sign that the pandemic is over, but shifting to a phase where people should be able to manage its risks on their own.

She said most British Columbians have high levels of protection from serious illness due to COVID-19 because of vaccination.

B.C. will drop its mandatory vaccine card system this Friday. There will also be a fourth round of vaccine doses for elderly and immunocompromised British Columbians. For more on this, we reached provincial health officer Dr. Bonnie Henry. 10:38

“This virus is still here and it is going to be here for years and we’re going to have to manage it without having to take legal or draconian measures that also have negative impacts,” she said. “It’s really being able to manage ourselves now.”

Henry is asking people to monitor for symptoms, seek rapid tests and stay home if you are ill until your symptoms resolve.

Until now, whenever someone with a confirmed case of COVID-19 died, their death was reviewed to determine whether the cause was the infection.

The ministry says the new, “broader definition” means some deaths will be reported that aren’t actually caused by COVID-19.

It says the reports will be posted on the B.C. Centre for Disease Control (BCCDC) website on Thursdays with data spanning the previous Sunday to Saturday.

There will likely be a one-time increase in the number of people ever hospitalized with the move to “broader administrative data,” it notes.

Information on COVID-19 cases will be based on a person’s first molecular or PCR test through the province’s medical services plan, the ministry bulletin says.

The first weekly report covering March 27 to April 2 shows 11 people died, a measure of “30-day all-cause mortality,” while 193 people were admitted to hospital with COVID-19 and a total of 1,706 new cases were confirmed during that time.

By comparison there were 13 deaths reported from March 20 to March 26, and 20 deaths from March 13 to March 19, under the new reporting system.

The weekly report said that the number of deaths recorded from March 27 to April 2 is expected to increase as more data becomes available.

On Thursday, the BCCDC reported on its COVID-19 dashboard that 324 people in hospital, down four patients from the day before and 38 people in the ICU, an increase of one.

Meanwhile, levels of COVID-19 transmission detected in wastewater samples in four of Metro Vancouver’s five treatment plants increased, continuing a trend seen in the latter half of March.

Levels remained between 72 and 90 per cent lower than detected during the peak of Omicron transmission recorded in January.

The number of new vaccines being distributed is slowing, with the number of third vaccines given out increasing by less than one percent over the past week for a total of 53.76 percent of eligible British Columbians receiving a third dose as of Apr. 6.

Earlier this week, the government announced it is distributing fourth doses for people 70 and older and other vulnerable groups.