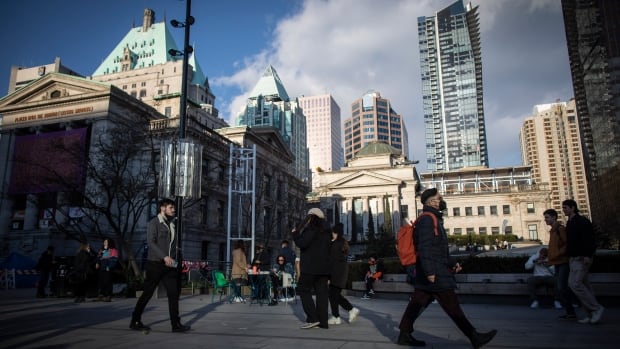 
The number of people in hospital with COVID-19 dropped slightly over the past seven days, according to the latest numbers from the B.C. Centre for Disease Control.

There are 314 people in hospital with COVID-19 as of Thursday, according to the BCCDC, a drop of three per cent from the week before.

Hospitalizations from COVID-19 have been on a general downward trend since late July.

Twenty-three patients are in critical care, up one from last Thursday.

The government’s weekly numbers, which it says are preliminary, are often changed retroactively due to delays in the count and the new way the province measures weekly cases, hospitalizations and deaths.

Deaths are now calculated based on whether they occurred within 30 days of a positive COVID-19 test and whether or not the coronavirus has been confirmed as an underlying cause of death. The centre says it will evaluate the cause of each person’s death retroactively to better understand “true COVID-19 mortality.”

Last week, the province reported 22 deaths between Aug. 28 and Sept 3. That number was subsequently revised upwards to 36.

The numbers released Thursday are part of an approach from B.C. health officials that began in April when the province moved to weekly reporting of COVID-19 numbers and changed how certain metrics are calculated.

There were 574 new cases reported from Sept. 4 to 10, a decrease of nearly seven per cent from the previous reporting period, bringing the total number of confirmed cases in B.C. to 383,628.

The province says the count likely underestimates actual case numbers as most people are testing themselves, and there are fewer lab-reported tests.

The seven-day rolling average for the rate at which people are testing positive is seven per cent as of Sept. 10, according to the BCDC dashboard, the lowest it’s been since mid-June.

Provincial Health Officer Dr. Bonnie Henry has said anything above five per cent is a general indicator of ongoing community transmission.

The latest numbers came Thursday as the B.C. government issued a bulletin saying COVID-19 vaccination requirements remain in place for all workers in the health-care system, including hospital, community and residential care workers.

The requirement does not apply to regulated professionals who do not work in those settings, such as dentists, naturopathic doctors and opticians.

The statement from the Ministry of Health adds that the spread of illnesses is expected to increase again this fall and winter and the potential for another COVID-19 variant of concern to emerge “remains a real concern.”

Henry said the findings of a study she co-authored showing children and youth have had the highest rates of COVID-19 in parts of the province should not be interpreted to suggest those infections occurred mostly in schools.

Henry has been criticized by some parents, advocacy groups and health-care professionals who say a major jump in infections occurred during the school year among children under age 10.

They say measures like masking for all students and air filtration upgrades in schools could have been taken earlier to protect children in classrooms from a virus known to spread through the air.

However, Henry says some youth were becoming infected when they were not eligible for a vaccine, and illness among those under 19 was comparable with the transmission of the virus in the community.

She says the findings of the study, which have not been peer-reviewed and was published online last week, are similar to those in other jurisdictions where schools were closed for much longer than in B.C.

The study lists Henry among 13 experts who say a series of surveillance reports of infections from the start of the pandemic until August this year show at least 70 to 80 per cent of youth in Greater Vancouver and the Fraser Valley have been infected with COVID-19.

How a ghost town was turned into a Minnesota state park