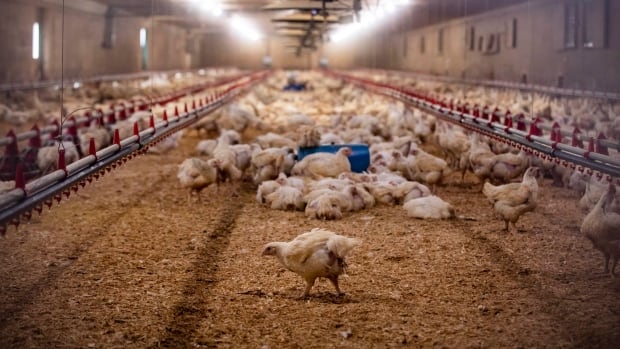 After a succession of outbreaks of the highly pathogenic H5N1 avian influenza virus during April and May, the agency website shows a reprieve of about 10 days at the end of last month.

But the agency has now confirmed outbreaks in early June in small flocks in three farms spread across the province — in Peace River, Sechelt and Summerland — bringing the total number of infected farms in B.C. to 15.

The CFIA says all affected flocks have been placed under quarantine and producers within a 10-kilometre radius have been notified.

Officials suspect migrating birds are responsible for the spread of the virus, which has affected countries around the world. Poultry farmers everywhere are urged to maintain stringent infection control as well as keep their flocks separate from wild birds and away from water sources used by migrating fowl.

Outbreaks have now been confirmed in nearly every part of the province, with the confirmed outbreak in the Peace River region the first in northern B.C.

Numerous cases in Abbotsford, the heart of B.C.’s poultry industry, had left some farmers anxious about a repeat of the 2004 bird flu outbreak, which saw the entire industry decimated due to the rapid spread of the disease.

B.C. has an order in place requiring commercial operations with 100 or more birds to keep them indoors until June 13. Bird auctions, swaps and flea markets are restricted until June 19.

The B.C. Society for the Prevention of Cruelty to Animals has also urged British Columbians to remove birdbaths and feeders to curb the spread of the flu.

Wildlife throughout the country, and the continent has been affected by the virus.

Two small flocks in Alberta were confirmed infected on June 2, pushing the total number of cases there to 31 since a commercial poultry flock was infected on April 6.

Avian flu cases have been confirmed in several other provinces, but no infections have been detected in humans.

The CFIA has said the illness is not considered a significant concern for healthy people who are not in regular contact with infected birds.

N.L. records 1st COVID-19 death of someone younger than 20