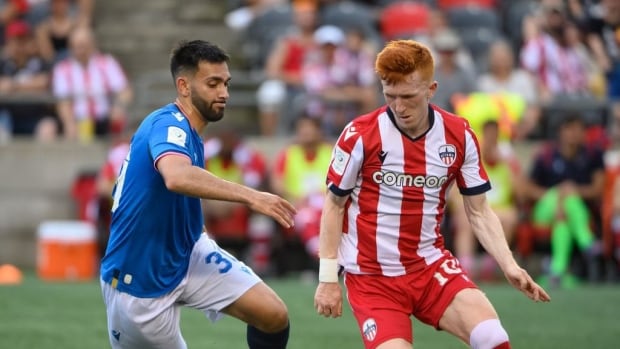 Bassett guided Ottawa from worst to first after departing from Pacific FC in the off-season. The 24-year-old attacking midfielder from Northern Ireland led his team with eight goals and was named to the CPL team of the week a league-high 11 times.

Atletico Ottawa’s head coach Carlos Gonzalez claimed the coach of the year award after leading his squad atop the regular-season standings.

Achinioti-Jonsson led a Forge backline that gave up a league-low 25 goals during the regular season. Forge will be playing Atletico Ottawa in the championship game Sunday.

Carducci, who also won the award in 2019, missed the first three games of the season after a diagnosis of testicular cancer but returned to post 10 shutouts in 24 appearances for Cavalry.

Rea had a breakout season after being loaned back to Valour by CF Montreal in April. The 20-year-old winger from Montreal, finished the regular season with a league-high nine assists and five goals.

Atletico Ottawa will host Forge FC in the CPL championship game on Sunday.