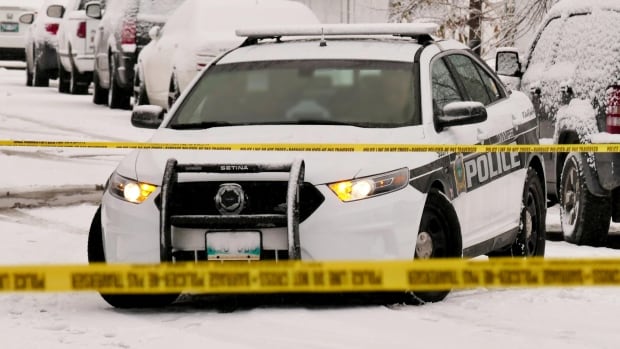 As Winnipeg’s homicide rate stays among the highest in the country, experts say prevention is key


As Winnipeg upholds its tragic status as one of the murder capitals of Canada, experts say more needs to be done to address the root causes of violent crime.

Statistics Canada says Winnipeg has the second highest homicide rate in Canada per 100,000 people, behind Thunder Bay, Ont. In 2020, Winnipeg’s rate was 4.93, driven mainly by drugs and gangs, police say.

There were 43 homicides in 2021, down slightly from the record of 44 in 2019, but Manitoba criminologists say the problem goes deeper than just drug addiction and gang involvement.

“I think that a lot of austerity measures have really left Manitobans in a position where they’re much more vulnerable to becoming involved in crime and and then violent crime,” said Kelly Gorkoff, an associate professor and chair of the Criminal Justice Department at the University of Winnipeg.

Gorkoff points to the unresolved effects of colonization on Indigenous people in the province, health care inequality, high child poverty rates, a lack of affordable housing and a lack of mental health and substance abuse supports as underlying reasons why people become involved in crime.

“Winnipeg has the lowest minimum wage rate of any Canadian city over 500,000. So rates of poverty are huge, and we have an increasing number of people who are homeless and insecure,” she said.

Frank Cormier, a criminologist at the University of Manitoba and head of the Department of Sociology and Criminology echoes these concerns.

“High unemployment, high social mobility, people moving around a lot — they are not settled in stable, secure jobs — their lives might be a little more chaotic. People in that situation are more likely to get involved in crime and certainly in violent crime,” he said.

Another big contributor is the use of alcohol and drugs, which Cormier says are highly correlated with violent crime.

The report recommended boosting funds for mental health and addictions services, and said there’s a need for greater crisis supports and collaboration between primary and community-based treatment services to create a “seamless continuum of services.”

However, Gorkoff says, those recommendations haven’t been heeded by the province.

The province has spent just more than $58 million on 40 initiatives to address mental health and addictions.

Manitoba’s Department of Mental Health and Community Wellness has recently conducted consultations to develop a five- year roadmap to inform the direction of provincial mental health, addictions and prevention services, which will be used to address recommendations from the VIRGO report, the spokesperson said.

Const. Jay Murray with the Winnipeg Police Service’s public information office says officers have created the drug enforcement unit, the firearms investigative enforcement unit and the guns and gangs unit over the years to address crime in the city.

“Those three units, we feel, have been very successful in terms of combating some of the drug trafficking in the city, the gun firearm trafficking and some of the gang violence,” he said.

“Unfortunately, the homicide count is still very high and it’s a number that we continuously strive to reduce.”

Both criminologists believe the key to reducing violent crime in Winnipeg is to prevent it by addressing poverty and mental health concerns.

Cormier believes the vast majority of people want a good job and a stable, secure life.

“That is what they want, they are not growing up dreaming of being criminals. Far too many people are denied that nice life, and so then they do fall into either crime for economic benefit and or they use drugs and alcohol,” he said.

“One way to bring down homicide rates is make sure that everyone has equal opportunity in society to get an education, to get a job and to have a nice, comfortable life making sure their needs are met.”

Gorkoff says social programs that address poverty, mental health and addictions, and other issues could be better funded and much more effective in curbing crime if some money was diverted from the police budget.

Earlier this month, the City of Winnipeg asked residents to weigh in on possible changes to its funding model for police, but none of the suggestions involved a budget cut.

In fact, the police budget will rise by $7 million this year to $320 million, accounting for 26.8 per cent of the city’s total 2022 budget, according to city documents. The vast majority of that goes toward salaries.

“It doesn’t work because police really they deal once the crime has happened and they intervene. In terms of preventing crime through deterrence, it doesn’t really work and never has.”