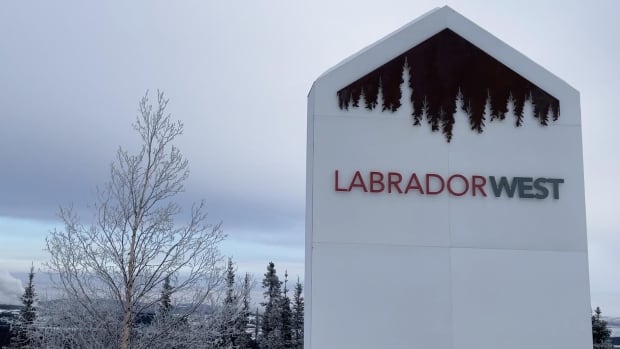 
WARNING: This story contains a discussion of suicide.

Keith Fitzpatrick of Labrador City knows all too well that the region is in dire need of more long-term mental health and addictions services.

In a recent interview with CBC News, Fitzpatrick — a recovering addict who has been living with anxiety and depression  — says he knows what it’s like having to fight for adequate support.

“It’s a fight that you shouldn’t have to have because you’re already in a dark place,” said Fitzpatrick.

“It’s like telling a cancer patient, ‘No, we’re not going to give you chemo, go ahead and die.’ Because mental health, in the end, will kill if it’s not treated.”

As CBC News reported earlier this month, the number of suicides in the Labrador-Grenfell Health region more than doubled from 2020 to 2021, according to data from the province’s chief medical examiner.

Fitzpatrick has dealt with suicidal ideation in the past himself.

“Doesn’t mean I want to die,” he said. “It just meant that I was in a very dark place at the time.”

Two years ago, Fitzpatrick started his journey to stop using substances. With no addictions services available in Labrador City, he went to the local hospital, where he was kept for a short time to detox.

“Easier said than done when you’re in Labrador. And I definitely wasn’t ready to go home.”

Fitzpatrick successfully fought to stay and then went to the Humberwood Centre in Corner Brook — one of two adult live-in treatment centres for addictions in the province — in November 2020.

While the addition of a six-bed mental health-care unit to the Labrador Health Centre in Happy Valley-Goose Bay announced in 2020 is a “great start,” he says more mental health and addictions treatment facilities are needed.

“You can fill those six beds just from people in Goose Bay or the coast probably 10 times over,” said Fitzpatrick.

The facility was set to be completed this year but has not been finished. CBC News asked the department for an updated timeline but did not receive a response by publication.

“You don’t want to talk suicide with anybody,” said Fitzpatrick. “You want to get a relationship. And with Doorways you don’t get that.”

“You look at it like you have no future,” he said. “You’re just barely making ends meet, barely have enough to eat. And then your mental health isn’t good on top of that. First thing you’re thinking is suicide, for some people.”

While food prices in Labrador West have skyrocketed, he says, they’re still not as bad as on Labrador’s coast.

“Suicide is about losing hope,” Evans told CBC News in a recent interview.

“If you’re hungry, or if your children are hungry, if your seniors are hungry … and you can’t help them get food to not be hungry, even the adults are driven to suicide.”

Evans demands action from the provincial government to ensure that people can afford to eat and heat their homes, adding that oil and gas are considerably more expensive in Labrador as well.

While stove oil was $1.85 per litre on Newfoundland’s northeast Avalon Peninsula as of Saturday, it costs 18 cents per litre more in Cartwright.

She demands a freight boat, which allows people in northern communities to buy food in bulk, be reinstated and she criticized Health Minister Tom Osborne for saying the matter isn’t within his purview.

“If you’re the minister of health and people on the north coast are committing suicide, it’s a matter of concern for you,” said Evans.

She also said teachers are transferred from communities like Nain, leaving students with online classes as the only option, which leads to many dropping out of academic-level courses.

“What about college? What about university? I’m talking about hope,” said Evans.

These issues, says Evans, are added to the lingering impact of intergenerational trauma, resulting from residential schools and forced relocation, on people’s mental health, leading to a risk of suicide.

“I don’t even know why we’re part of this province because at the end of the day, our people are killing ourselves and also people are dying from curable health conditions,” said Evans.

“And a lot of those people are my friends and my family.”

Where to get help if you or someone you know is struggling: