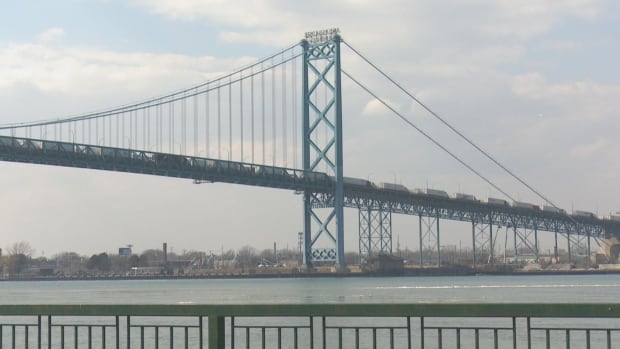 
The Ambassador Bridge, which links Windsor, Ont. to Detroit, reopened just after midnight Monday after police abruptly closed it earlier in the evening, saying they were investigating a suspicious package.

The bridge — the busiest land border crossing shared by Canada and the United States — was closed around 9 p.m. ET on Sunday.

Traffic was not allowed to enter Canada from Detroit after police said they found a suspicious package in a vehicle on the bridge.

Windsor Police will be clear of the Ambassador Bridge and it will be opening for traffic soon. <a href=”https://twitter.com/hashtag/YQGtraffic?src=hash&amp;ref_src=twsrc%5Etfw”>#YQGtraffic</a> -02072

However, just before 11 p.m., police said the bridge would reopen soon. They did not say anymore about the contents of the package.

By 12.30 a.m. Monday, traffic was moving again across the bridge.