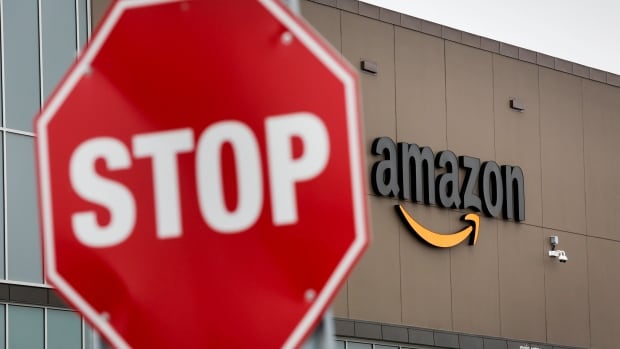 
Amazon.com said costs might eviscerate its profit for the current quarter, as early holiday marketing does little to boost sales growth and as labour and delivery expenses continue to swell.

Shares fell 19 per cent in after-hours trading to just over $90 US per share on the Nasdaq stock exchange in New York, from more than $110 previously. Less than a year ago, those shares were going for more than $180 apiece.

But that was before the company has been swept up in a sell-off of shares in technology companies that were the darlings of investors earlier in the pandemic, but are now seeing their businesses upended.

For months, the online retailer has slowed warehouse openings and refrained from filling some open positions. It announced it would shut down its virtual health-care service by year end, and it is scaling back a long-touted effort to deliver goods via small autonomous sidewalk cars.

Its peers have seen few bright spots. In the retail sector, U.S. online sales are expected to rise at their slowest pace in years this holiday season. Results in the tech industry were just as poor this week with companies like Google, Microsoft and Meta all disappointing investors with their financial results, adding to recession fears.

Amazon said its operating income came in at $2.5 billion in the quarter, about half what it was last year. All of that came from the company’s AWS division, with the core e-commerce business losing money.

In a statement, Jassy said, “There is obviously a lot happening in the macroeconomic environment, and we’ll balance our investments to be more streamlined without compromising our key long-term, strategic bets.”

Amazon has sought higher revenue in all places. It raised fees for its fast-shipping club Prime up to an annual 43 per cent in Europe this quarter. It imposed a fuel and inflation surcharge on some merchants, and for the first time it had not one, but two cornerstone sales events in a year: Prime Day in July, and the Prime Early Access Sale this month.

These efforts might not pay off. Amazon’s net sales were $127 billion in the third quarter ending Sept. 30, just shy of what analysts were expecting.

And for the holiday quarter, the world’s biggest online retailer forecast net sales of between $140 billion and $148 billion. Analysts were expecting $155.15 billion. Its operating income for that period could be as low as $0, the company warned.