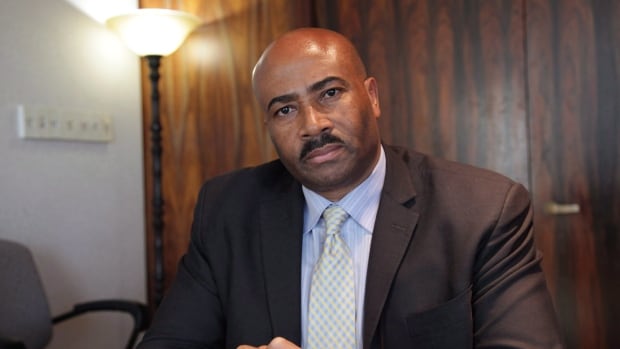 
Two people who have accused former senator Don Meredith of abuse say they’re frustrated by the Senate’s failure to strip the ex-parliamentarian — now charged with sex crimes — of his “honourable” title and other parliamentary privileges.

In an interview with CBC News, two of Meredith’s alleged victims — who have accused the former senator of harassing them while on the job — said it’s unconscionable that some members of the Red Chamber appear unwilling to bring this nine-year scandal to a close.

They say Meredith’s alleged actions against them — and the recent decision by Ottawa police to lay four criminal charges against him — show he is not an “honourable” man. They say the Senate should take action to close the book on this sordid chapter once and for all.

CBC has agreed not to name the two individuals because they both still work on Parliament Hill. They also signed non-disclosure agreements limiting what they can say after they were financially compensated by the Senate for Meredith’s alleged abuse.

They are two of nine employees — eight former Senate staffers and a parliamentary constable — who have alleged Meredith acted inappropriately toward them while he was serving in the upper house.

That alleged behaviour included unwanted kissing and touching and exposure of his penis, along with yelling and aggressive behaviour in the office. The Senate ethics officer investigated these claims as part of a years-long probe and found them credible.

The former senator is also alleged to have had a sexual relationship with a teenage girl.

CBC asked Meredith’s current criminal defence lawyer for a comment on this story but didn’t get a response.

One of the two alleged harassment victims who spoke to CBC said seeing the Senate punt a decision on the matter was like “reliving a nightmare.”

“I just don’t understand why this is happening and it’s beyond frustrating. Senators keep saying they’re a voice for the most vulnerable but they’ve proved me wrong yet again. It’s just the old boy’s club,” she said.

“I should say I’m not at all surprised. I was expecting this and they’re meeting my lowest expectations. If this motion had passed through the chamber smoothly, I would’ve run out and bought a 6/49 ticket and won — that’s how unlikely it was.”

Canadian Senators Group (CSG) Sen. Josée Verner introduced a motion in the chamber Tuesday calling for Meredith to be stripped of his title and other remaining privileges, such as the right to attend state functions.

It’s a fight Verner has been pursuing, off and on, for more than two years.

“Do we really want to run into him at state functions or see him still using his title in public?” Verner said in a speech to her colleagues Tuesday.

“I ask for your support to speak with one voice in this chamber to immediately send a clear message. This decision will show our determination to take the last step in this unfortunate affair that tarnished all of our reputations.”

But at least one senator has said more time is needed to decide if Meredith should lose the title he’s allowed to use for life.

She was supported by a majority of the Senate members on hand, including some senators from the Conservative caucus, the Progressive Senate Group (PSG) and the ISG, which is largely composed of Prime Minister Justin Trudeau’s appointees.

“For myself, there is no doubt that former senator Meredith does not deserve the title of honourable,” Saint-Germain said in a statement to CBC News.

“However, now that criminal charges are being laid against him, any action taken by the Senate must be thoughtful so as not to interfere with the ongoing judicial process. We believe this is the best way to preserve the interest of the victims.”

Saint-Germain said she was pushing off Verner’s motion to strip Meredith of his title and perks because other senators might want to speak to the issue in the chamber.

She also said the motion may be unconstitutional because a senator has never before been stripped of the “honourable” title.

The granting of titles such as “honourable” is a royal prerogative in the hands of the Governor General, who generally acts on the advice of the prime minister of the day.

The first alleged victim who spoke to CBC News said the effort to claw back Meredith’s remaining Senate privileges is nothing new — senators have had a chance to speak to it before.

She also said it’s not really up to senators to determine the constitutionality of any matter.

Former Progressive senator Serge Joyal, a respected constitutional expert, spearheaded an attempt to strip Meredith of his title and perks in 2020. Those efforts failed when Joyal retired from the upper house.

The second alleged victim who spoke to CBC said some of the senators who postponed a decision on the ex-senator’s title and privileges didn’t even know or work with the former parliamentarian.

Meredith was appointed in 2010 by then-prime minister Stephen Harper. He resigned in 2017, just as he was about to be expelled by his colleagues.

“There’s this new crop of senators injecting themselves into a nine-year saga and they just don’t know what they’re talking about,” the second alleged victim said.

“They don’t have all the facts — they don’t know that he mistreated his staff and, in the case of some of these folks, sexually abused them every day of their employment in his office.

“Why can’t the Senate just turn the page on this? Let’s move on. Every time his name gets brought up it brings back a flood of feelings and emotions that we just want to lock away and leave buried — but we can’t. They’re re-victimizing us all over again.”

One of Meredith’s parliamentary privileges has been rescinded already.

But a spokesperson for the Senate’s committee on internal economy, budgets and administration (CIBA) confirmed the Senate revoked Meredith’s access in February 2018 and “advised him accordingly.”

“Should Mr. Meredith present himself to the parliamentary precinct, he would not be granted access,” the spokesperson said.