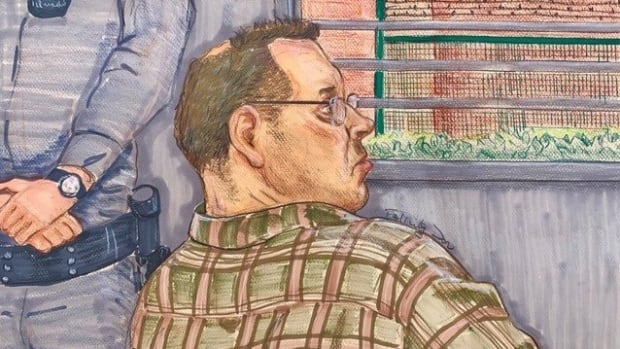 
Allan Schoenborn has been granted the extended leave he was seeking from the psychiatric hospital where he was committed after being found not criminally responsible for killing his three children in Merritt, B.C. in 2008.

In a decision released Friday, the B.C. Review Board granted the 54-year-old unescorted overnight visits at the hospital director’s discretion for periods of up to 28 days.

Shoenboern has been held at the hospital since 2010 after he was found not criminally responsible for the killings due to a mental disorder.

He became eligible for the extended leave on March 3, but the reasons have just now been released. Two years ago, the board allowed him unescorted leave at the hospital director’s discretion, but the new ruling extends that overnight for nearly a month.

“We are satisfied that the plan put forward by the director is well thought out and, if properly implemented, will adequately manage the risk to the community occasioned by visit leaves,” the board stated in its reasons.

In April 2008, Schoenborn smothered and stabbed his three children, Cordon, Max and Kaitlynn, who were aged 5, 8 and 10 respectively.

An earlier trial ruled he was experiencing psychosis at the time — and believed he was protecting his children from sexual and physical abuse.

The review board panel said it made the decision to help Schoenborn, who has made substantial progress during his incarceration at the hospital, reintegrate into society. It said it had considered potential risks to community safety but did not dispute the Crown’s position that Schoenborn still poses a threat.

“All parties agree that Mr. Schoenborn continues to constitute a significant threat to the safety of the public, and the panel has no hesitation in making this finding.”

The review board panel heard how Schoenborn has gone on over a dozen visits with his mother to restaurants and shopping, and on a handful of unescorted leaves to attend an employment training program in Surrey, all which went off “with no concern,” according to a hospital liaison worker.

Schoenborn’s lawyer Rishi Gill said the decision gives the hospital director the discretion to grant Schoenborn unescorted outings if he makes the requisite progress and would not result in immediate outings.

Crown lawyers opposed increasing Schoenborn’s community visits, which were previously unescorted but not overnight, arguing his reported remission from substance use could not be as easily controlled in the community.

However, the panel ruled Schoenborn’s “psychotic illness … has been in remission for many years,” and is “fully controlled through an injectable form of long-acting anti-psychotic medication.”

“Given the long-acting nature of this medication, even if Mr. Schoenborn were to stop taking it, it would be many months before his psychotic illness would re-emerge,” the board ruled.

Schoenborn has been diagnosed with delusion disorder, paranoid personality disorder traits, and alcohol and cannabis use disorders, all of which the board said are in “sustained remission” within a “controlled environment.”

His attending psychiatrist, Dr. Robert Lacroix, told the review panel hearing he has a good understanding of his previous difficulties with substance use and the importance of remaining sober.

“Over the entire period of time in hospital, he has never involved himself in the contraband trade or subculture in the hospital, which is very common and quite a problem on some units.”

Among the conditions of his overnight community visits, Schoenborn is not allowed to contact relatives of his victims. He is also not allowed any weapons, or unprescribed drugs or alcohol.