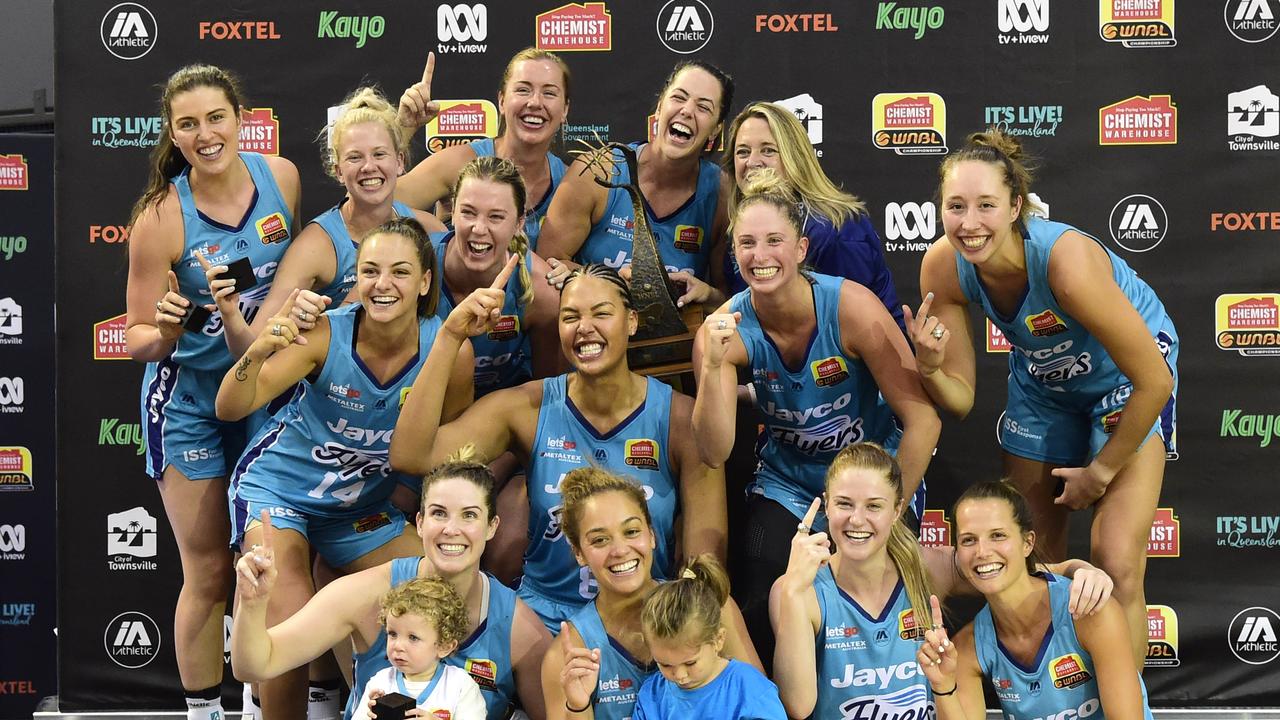 All WNBL games to be aired as part of extensive broadcast deal with Fox, Kayo and the ABC

The WNBL is set to reach more eyeballs this season, with the league penning a broadcast deal to air every game of the 2021/2022 season.

The WNBL has penned a broadcast deal with Foxtel, Kayo, and the ABC to air every game of the 2021/22 season, which will tip-off on December 2.

The league’s Australian and international talent will be put on show, with more people than ever before given access to the women’s competition.

All 84 regular-season games and finals will be broadcast live on Kayo, meaning fans have all their WNBL action available in one place.

In addition, up to two games per week will be broadcast live on Kayo Freebies and one game per week on Kayo YouTube, ensuring accessibility for all viewers.

The Foxtel Group has the largest audience of sports fans in Australia with more than 2.4 million households watching sport on Foxtel and Kayo.

Both Fox Sports and ABC will feature a game of the round live each week in the premium 5pm Saturday timeslot.

The stakes have never been higher for women’s basketball with a World Cup in Sydney next year and an Olympics in Paris only three years away.

Sydney Uni Flames will play double-header games with the NBL Sydney Kings at Qudos Bank Arena, the venue for the upcoming FIBA Women’s Basketball World Cup, giving fans in Sydney the opportunity to witness the best basketball talent in one place.

It’s an exciting season for the Flames, with Boomers and Kings legend Shane Heal coaching the side, while his daughter Shyla is the team’s star player.

The Melbourne Boomers have returned to the State Netball and Hockey Stadium for the upcoming season and will open their 21/22 WNBL campaign with a home game against country Victoria rivals Villawood Bendigo Spirit.

Opals legend and recent Basketball Hall of Fame inductee Lauren Jackson believes the WNBL has the perfect chance to showcase the league ahead of the 2022 FIBA Women’s World Cup in Sydney.

“Women’s basketball continues to grow each year with interest at an all-time high and more people playing our sport than ever before,” Jackson said.

“We want more girls playing basketball and having global role models playing in a competition on home soil is the key.

“As we head towards a FIBA Women’s Basketball World Cup in Sydney next year, the WNBL will continue to grow and showcase the best talent in the country.”

As Basketball Australia’s head of women in basketball, Jackson is at the forefront of the organisation’s commitment to the Women and Girls strategy to ensure girls have more opportunities in the sport.

“The Women and Girls strategy is a key pillar of our business. The WNBL is a priority as we strive to deliver world-class opportunities to women and young girls across playing, coaching, officiating and administrating our sport,” she said.

The full fixtures for the 2021/2022 WNBL season will be released shortly.