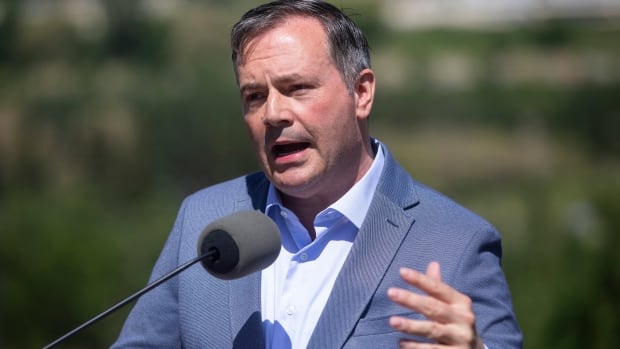 
The Alberta government says it has signed a memorandum of understanding (MOU) with the Philippines to bring more registered and licensed practical nurses to the province.

The agreement means that the Philippines will encourage nurses to choose Alberta when seeking international opportunities, Premier Jason Kenney announced in Calgary on Thursday.

In return, the Alberta government will provide financial, educational and licensing assistance to help make transitions to Alberta easier.

According to Zaldy Patron, the Philippines Consul General, this is the first agreement of its kind in Canada.

“Our Filipino nurses are world-class and are known for their competence, work ethic and compassion,” Patron said.

“This MOU will provide them the opportunity to reach their full professional and human potentials here in Alberta.”

Filipino nurses ‘in demand around the world,’ Kenney says

The deal was struck with the Government of the Philippines over the course of several months, Kenney said.

It will make Alberta a preferred destination for Filipino nurses who he said “are in demand all around the world because of their remarkably high skill [and] their culture of compassion.”

“However, when they come here, they often have — like most immigrants do — challenges getting their credentials recognized so they can get to work at their skill level,” Kenney said.

“The Philippine government wants to make sure that their nurses — and generally, that their migrants — go to welcoming host societies that respect their rights, pay them fairly, and let them get to work at their skill level.”

The province announced it is investing $3.5 million to help all internationally trained nurses get upgraded and placed in a clinical setting faster.

As part of its MOU with the Philippines, the Alberta government said in a Thursday release it will provide bursaries to help pay for upskilling.

It will streamline assessment and licensing programs, and help applicants use regulatory systems.

It has also agreed to consider the establishment of an Alberta-accredited nursing program in the Philippines.

“With more Filipino nurses able to practise as registered nurses in this province, they will provide the much-needed boost and energy for Alberta’s health-care system,” Patron said.

The announcement comes as health-care workers have said the system has been under strain due to staffing shortages.

In May, CBC News reported that travel nurses contracted by private agencies are being used to fill gaps in Alberta hospitals.

Meanwhile, some hospitals in Alberta have reported staffing-related closures and long wait-times for patients.

In a news conference that followed Kenney’s, Alberta NDP health critic David Shepherd said the UCP had “pushed paramedics and nurses and doctors to the limit.”

She said nurses are leaving the province and profession because they and their patients are being put in jeopardy by those shortages.

Pandemic exhaustion and conflict with the provincial government has also played a role.

“We have an unsustainable level of loss, anger, fear and frustration … in terms of the continual, daily shortage of personnel,” Smith said.

“The announcement today … that’s good, but the first element of retention and recruitment should be trying to retain the staff we have.”