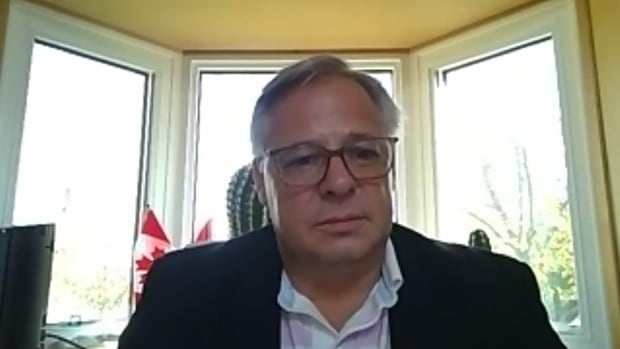 
An Alberta MP is calling for changes to sex-offender laws following the killings of a 24-year-old mother and her 16-month-old son in the town of Hinton, Alta.

Gerald Soroka, the Conservative MP for Yellowhead, plans to introduce a private member’s bill with the intent of protecting Canadians from convicted sex offenders, he told CBC News on Tuesday,

“This is about the betterment of society and making sure that we protect the innocent victims out there and not the criminals,” he said.

Soroka said he is still exploring the specifics of the bill and plans to meet with a parliamentary law clerk to examine  changes to minimum sentences and public disclosure rules.

Soroka said constituents in his riding, located west of Edmonton and includes the town of Hinton, sent him emails, phone calls and text messages asking how he intended to respond to the recent double homicide.

Two weeks ago, Mchale Busch and her son, Noah McConnell, were found dead inside the apartment of Robert Keith Major, who lived in their building.

Major, a 53-year-old sex offender, has been charged with two counts of second-degree murder and one count of indignity to human remains.

“It’s a horrible situation that happened and nobody should have ever gone through it in the first place, and now we need to make sure that we’re doing everything we possibly can to make sure it never happens again,” Soroka said.

Cody McConnell, Busch’s partner and Noah’s father, said his family had moved into the apartment building recently and were not aware of Major’s criminal history.

McConnell has called for a number of legislative changes in Noah’s name, including making the National Sex Offender Registry Database publicly accessible. Currently, only police agencies can use it.

His petition, which has drawn more than 44,000 signatures, also calls for changing the Criminal Code to require mandatory minimum sentences for high-risk, repeat sex offenders, as well as requiring offenders to update their personal information monthly.

Three Edmonton lawyers who specialize in criminal law told CBC News that though the Hinton homicides were horrific and should not have happened, they have concerns about the effectiveness and constitutionality of some of the proposed changes.

Several pointed out that courts have struck down mandatory minimum sentences across the country, finding them in violation of the Canadian Charter of Rights and Freedoms.

“The difficulty with mandatory minimums is that they do not afford judges latitude to consider the particular circumstances of the case,” said Will van Engen, a criminal defence lawyer at Bottos Law Group.

He called them a “one-size-fits-all solution” to a nuanced problem and said they can lead to unjust sentences that do not fit crimes.

He said judges already impose higher sentences for second offenders and added that under the Sex Offender Information Registration Act, sex offenders are already required to report to a registration centre within seven days of an address change.

Van Engen said he understands why some people want more public disclosure of sex offenders’ locations, but that disclosure should be balanced with privacy and rehabilitation concerns.

Zachary Al-Khatib, appellate counsel with Liberty Law, said most people who work in the justice system agree that reintegration and rehabilitation programs are the best way to prevent people from reoffending.

“The research is very clear,” he said.

Soroka said balancing public safety with privacy and rehabilitation is a challenge, but he believes in tougher laws and more public disclosure.

“I’m not as remorseful towards the criminal that has done the time and is highly likely to reoffend,” he said.

How Indigenous ‘cultural burns’ can replenish our forests