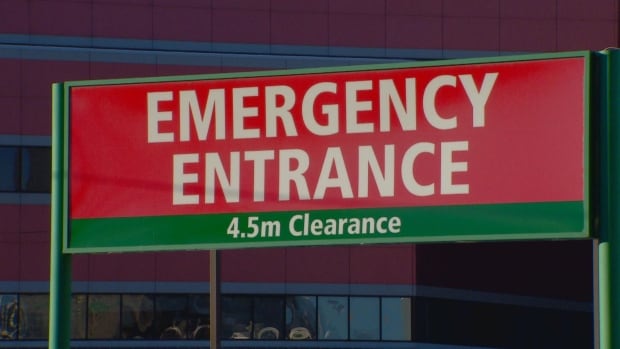 
Dr. Parker Vandermeer says he’s never been more exhausted as requests from throughout Alberta for him to staff rural emergency departments continue to pile up.

“I’m more burned out than I’ve ever been,” he said.

So far this year, Alberta Health Services has posted at least 52 news releases alerting the public that Alberta emergency rooms and urgent care centres were closed or relying only on nursing staff because there wasn’t a doctor available.

CBC News could find only about 50 similar notices posted to the AHS website for all of last year. AHS spokesperson James Wood said that in smaller communities, a sudden absence of a single physician due to illness or other causes may result in an “unavoidable” ER closure.

Some of this year’s closures spanned days at a time, and they are all for communities outside of Calgary and Edmonton.

While rural communities have struggled with staffing in the past, resorting to these types of closures used to be rare, said Vandermeer, who works shifts throughout the province, including Lethbridge and Spirit River.

“I always feel like I’ve reached rock bottom, until the next month. And I look back and I’m like, ‘man, life was good back then.’ It’s just a constant drain. There’s always more work to be done. We always seem to be losing additional resources.”

Within the last six months, Vandermeer says he’s noticed the requests he’s getting have changed — going from requests to work one or two days to more than 20 days.

And when the communities can’t find someone to cover those gaps, they sometimes have to go without an emergency room doctor.

“I think for a lot of people — especially those that are a little bit older or have more medical conditions, who are potentially more likely to need the hospital — it invokes a lot of anxiety,” Vandermeer said.

“A lot of these communities, this might be the only hospital for 100, 150 kilometres. So not being able to go to that one could potentially mean a 30-minute drive to a hospital turns into a two-hour one, which in an emergency it can be life or death.”

‘Our health care is not as important’

Consort, Alta., is one community that has had multiple emergency room closures throughout 2022.

Sandra Kelts, chief administrative officer for the Acadia Foundation, which operates senior living centres in Consort, Hanna, and Oyen, said she feels “abandoned” by the closures, which reroute people to the emergency departments in surrounding communities, some of which are half an hour away.

“If people live in the city and had to drive half an hour to go to a hospital, they would be outraged. But it’s OK for us, or we feel like second-class citizens. Our health care is not as important,” she said.

And she says some seniors who have lived in a community their whole lives have had to leave because they can’t get the care they need.

Forced to change where they live

People — especially seniors — are leaving their communities because medical care isn’t readily accessible to them, said Dr. Vesta Michelle Warren, president of the Alberta Medical Association (AMA) and a doctor in Sundre, Alta.

The reason it’s hard to fill these positions is because there are fewer doctors in the province in general, Warren said.

Doctors are moving to other provinces, retiring or changing the way they practise. Many are exhausted after working in health care for two years of the pandemic and can’t continue with the increased workload that came along with it.

“We’ll keep working with the provincial government and local partners to recruit physicians and staff to rural communities, and hope to keep reducing the impact on hospitals as we move past the most disruptive phase of the pandemic.”

Alberta Health spokesperson Steve Buick said the pandemic has impacted health care across Canada, including community physician practices, especially in smaller communities, where recruitment and retention of health-care professionals is a longstanding challenge.

He said the province is working to increase its physician supply, especially in rural areas, by spending $90 million a year on rural retention and recruitment, and working with the AMA to address the strain on physician practices.