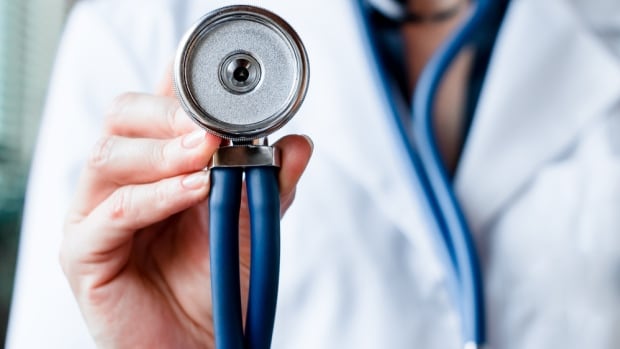 
Alberta doctors have voted 70 per cent in favour of a new contract that includes modest pay increases for three years, and promises to resolve outstanding conflicts later.

About 45 per cent of the province’s physicians voted during the last two weeks on a complex proposal that is supposed to help recruit and retain more family doctors, especially in rural Alberta.

The agreement is a starting point to address challenges with how doctors are compensated, and how Alberta’s health-care system is run, said Health Minister Jason Copping at a news conference Thursday in Red Deer.

“We need to act urgently to stabilize the system and address the pressures that have increased with the pandemic,” he said. “And we need to plan for longer-term transformation.”

As first reported by CBC News, the agreement will give doctors a lump-sum payment this fiscal year to acknowledge physicians’ work during the last couple of years, and will increase their compensation rates one per cent per year for the next three years.

Meanwhile, a series of committees with doctor and government representatives will negotiate outstanding disagreements, including a review of all doctor billing codes and a daily cap that prevents doctors from seeing more than 65 patients.

“We have achieved an agreement that is good for physicians,” Alberta Medical Association president Dr. Vesta Michelle Warren said on Thursday. “It’s good for patients, and it’s good for the health-care system that supports them.”

The agreement commits the government to tabling legislation as soon as possible to repeal a power the United Conservative Party government gave itself to unilaterally terminate any master agreement with doctors.

In 2020, the government did just that, imposing a new agreement on the province’s physicians and souring the relationship between the parties.

The parties previously tried, and failed, to negotiate and ink a new agreement in March 2021.

The Alberta Medical Association (AMA), which represents the province’s 11,000 doctors, sued the government for what they say are breaches of their labour rights.

The new agreement says the AMA will rescind its lawsuit only after the government amends the law.

The government has not yet answered a question about how much it has spent defending the lawsuit.

Meanwhile, the UCP will select a new leader on Oct. 6, giving Alberta a new premier in one week.

Warren says it shouldn’t matter who the premier is — the inked agreement is with Alberta’s health ministry, and she expects any government to honour it.

“Introduction of more chaos is not helpful,” she said.

The government says the agreement includes $252 million in new spending during the next four years, which works out to $59 million in annual funding and $16 million in one-time funding.

Physician compensation costs the province about $5.6 billion per year.

The province has also promised a $40-million investment into primary care networks during the next two years.

Copping said two urgent priorities are increasing Albertans’ access to primary care and recruiting doctors to rural and remote areas. He said a more collegial tone and mechanisms to resolve differences will help address those challenges.

Briefing materials provided to reporters say the agreement will keep Alberta doctors “among the highest paid, on average, in Canada,” but does not provide a direct comparison to other provinces.

A point of contention for some doctors is that some specialists are compensated more handsomely than others, while grappling with wildly variable overhead costs.

The agreement includes slightly larger pay rate increases for family doctors and mental health generalists, neurologists, obstetricians and gynecologists, pediatricians and psychiatrists, to help address some of this inequality.

Dr. Parker Vandermeer, a rural physician who mostly works in small hospitals and emergency rooms, is disappointed his colleagues voted to accept the deal.

“It’s not enough to make the differences that we need to see to keep the system afloat,” he said.

Vandermeer wanted larger investments in primary care to improve patients’ access to family doctors. And he said punting outstanding disagreements to committees to resolve later is an approach that hasn’t worked in the past.

NDP health critic David Shepherd said most of the agreement is the government reversing course on changes it imposed two years ago.

“When I talk to front-line doctors and other health-care workers, there is still a decided lack of trust in the government and whether it’s going to be willing to follow through on its word,” Shepherd said.

The four-year agreement will run from April 1, 2022, to March 31, 2026, and continue for one year after that if the government and AMA cannot resolve outstanding conflicts.