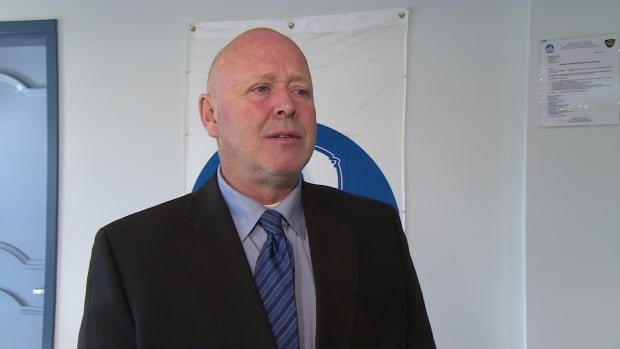 
In an unusual move on Monday, the Northwest Territories’ chief coroner released early data on suicide in the territory after noticing an “alarming” upsurge in these kinds of deaths.

Twenty-nine people in the N.W.T. died by suicide in the past 21 months. The majority of them were young men.

The data is from 2021 and 2022 and shows 22 males and seven females died by suicide between January 2021 and the end of this September.

Eighteen of those deaths happened this year, while 11 happened last year.

“The statistics, once we started looking at them, alarmed us quite a bit,” said Chief Coroner Garth Eggenberger.

“Even though we’re not finished the year yet, I felt it was necessary to release the figures early so that there could be a response, hopefully in time for this year to keep the numbers down as much as we can.”

While statistics for the majority of the Northwest Territories are “in line” with with historical levels, he said the number of deaths by suicide for the Beaufort Delta region “were up dramatically.”

“And that really concerned us,” he said, adding his office received inquiries from people in the region on the numbers this year.

“We decided that [the numbers] were alarming enough that we wanted a response from the territory, government, federal government, local government, even the families themselves … to really highlight these deaths and to look at some way of mitigating the effects of this.”

This year’s numbers are significantly higher than any numbers seen since at least 2011. In 2020, a 10-year review of deaths in the territory showed the number of suicides fluctuating between seven and 13 each year between 2011 and 2020.

Suicides accounted for roughly 10 per cent of all the deaths reported in that time span.

One constant between the 10-year review and this latest report is that young people — most of them male — are the largest group represented in suicide statistics.

The latest numbers from 2021 and 2022 show the statistics skewing overwhelmingly toward young men between the ages of 20 and 40.

That falls in line with what was seen in the 10-year review: at that time, most of the deaths by suicide were among those between 20 and 40 years of age, with 78 per cent of them male.

Alcohol routinely contributes to the deaths by suicide. In the 10-year review, more than half of the suicides involved alcohol as a contributing factor. Last year, seven of the 11 deaths involved alcohol. Results are still pending for 2022.

“We just don’t understand why it’s in the Beaufort Delta, not the not the rest of the regions,” Eggenberger said.

The deaths in the Beaufort Delta region include four in Tuktoyaktuk in the past three months, according to Erwin Elias, the hamlet’s mayor.

“It’s been really trying times for us,” Elias said. “We’re still trying to recover; the community is still in shock.”

In late September, Health Minister Julie Green said her department sent mental health resources into the community over the weekend of Sept. 24 to provide extra support and to start work on a long-term solution.

Elias said the hamlet is still working on reaching out to the youth and elders, and keeping the community busy. That includes community-wide events like a ball hockey tournament held over the weekend, which he said helped raise community spirits.

“We had an amazing turnout,” he said, adding there was also a community feast for Truth and Reconciliation Day on Sept. 30.

“A lot of positive comments and a lot of good vibes from this weekend and something that we’re looking forward to doing again,” Elias said.

“It’s been really good this week. And, you know, an eye opener for us, too.”

Inuk and former NHL player Jordin Tootoo is set to visit the community this week, upon community request.

“He’s got a great story to tell and relate to a lot of people in our community, especially through hockey,” Elias said.

If you or someone you know is struggling, here’s where to get help:

This guide from the Centre for Addiction and Mental Health outlines how to talk about suicide with someone you’re worried about.

‘I was really homesick’: Some northern students travel far from home for high school