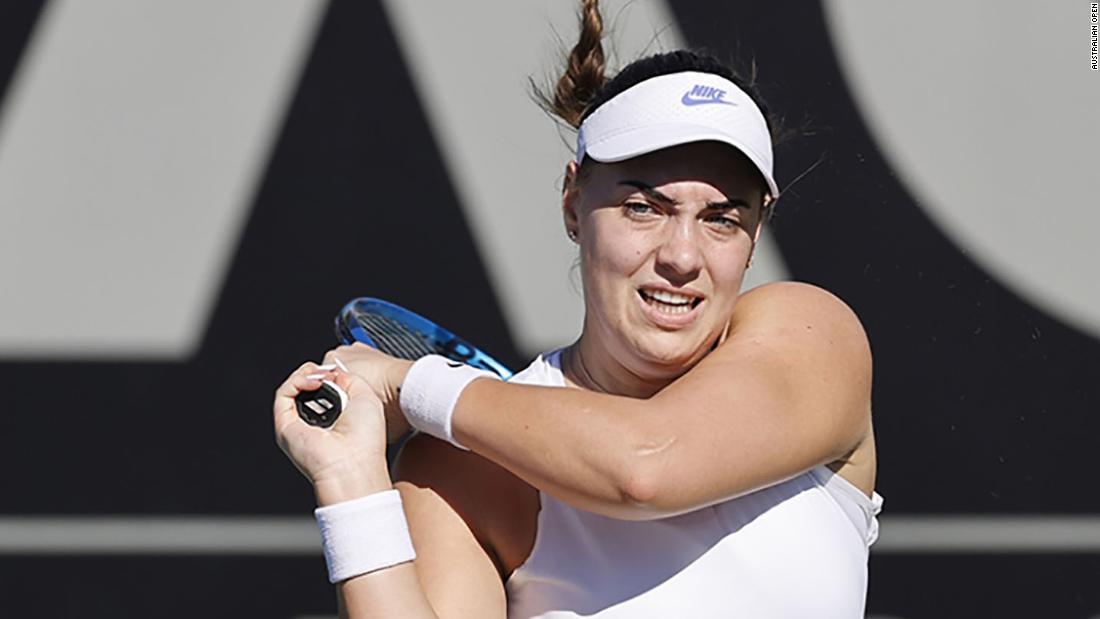 
Konjuh, a former world No. 20, has endured 18 months away from the game and undergone four elbow surgeries over the course of her young career.

But her 6-2 6-7 6-4 victory over fourth seed Friedsam saw her advance to the second round of qualifying on Sunday and boost her chances of playing in a first major tournament since Wimbledon in 2018.

The 23-year-old Croatian, who was granted a wildcard for qualifying, was comfortably leading 6-1 5-2 before Germany’s Friedsam launched a comeback and commanded a break lead in the deciding set.

Konjuh, however, rallied in the final three games and is now potentially two games away from a place in the Australian Open main draw.

READ: Roger Federer withdraws from 2021 Australian Open
“I’ve been through so much the last couple of years and been to the top level, I know what it feels like,” Konjuh, who reached her career-high ranking of 20th in July 2017 but has since slipped to 476th in the world, told the Australian Open website.

“To have to go through all of the steps again to get there, it’s hard, it’s frustrating.

“Right now I just feel privileged to have a chance to compete and be healthy, and I think that I just really appreciate these things so much more right now.”

It’s the first time ever that Australian Open qualifying has taken place overseas with the women’s matches staged in Dubai, UAE, and the men’s in Doha, Qatar.

Qualifying concludes on Wednesday with the tournament itself getting underway on February 8 — a start date that has been delayed amid the coronavirus pandemic.
There were also victories for Sara Errani, a runner-up in the French Open in 2012, and Tsvetana Pironkova, who reached the US Open quarterfinals last year, on the first day of qualifying.