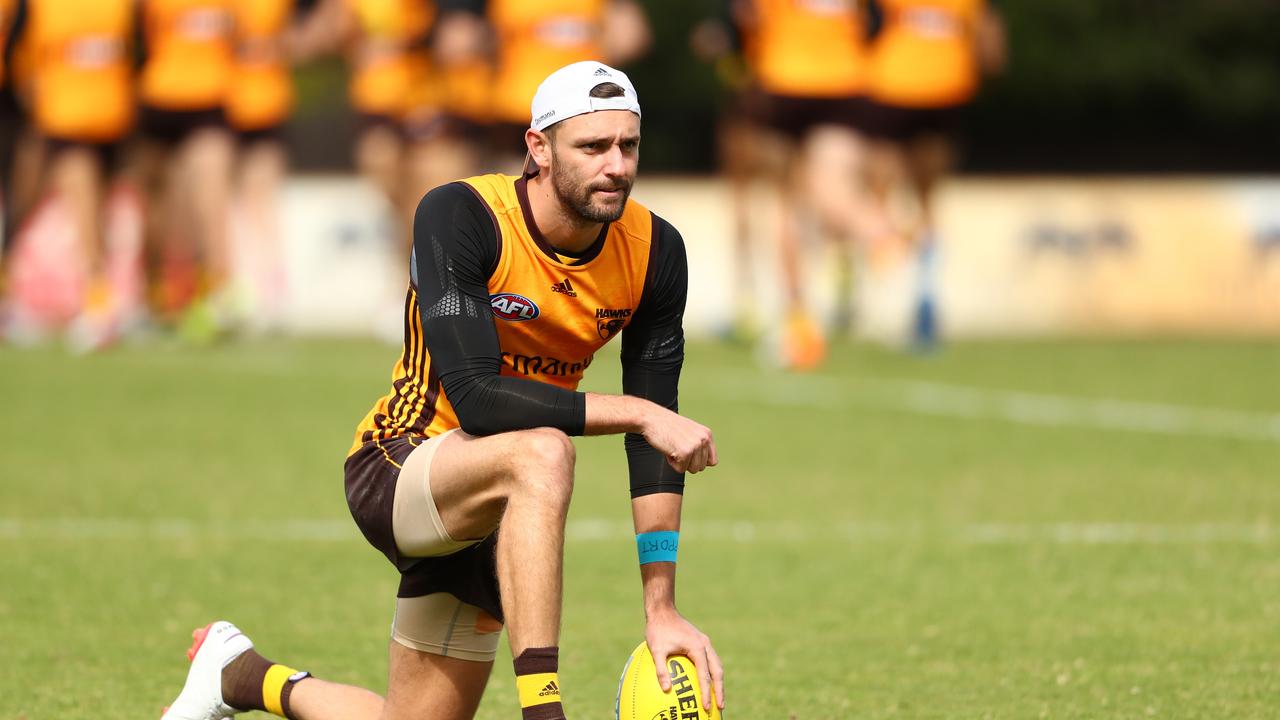 As the AFL Trade Period gets underway, incoming Hawthorn coach Sam Mitchell is reportedly looking to shake things up.

The AFL’s silly season has arrived.

This year’s Trade Period officially kicks off today as the wheeling and dealing around player movement prepares to dominate the footy news cycle in the wake of the Grand Final.

Last week saw some free agents make their moves. Mabior Chol left Richmond for the Gold Coast while Jake Kelly farewelled Adelaide to sign with Essendon for next season.

SEN’s Sam Edmund reports Hawthorn ruckman Jonathan Ceglar has been asked to explore his options elsewhere despite being contracted until the end of 2022.

According to the report, incoming Hawks coach Sam Mitchell is keen to stock up at the draft and 30-year-old Ceglar is one of the players the club is willing to trade away to make that happen.

Hawthorn football boss Richie Vandenberg told the Herald Sun the club is open to trading senior players to improve its lot at this year’s draft, and Essendon great Matthew Lloyd says that may open the door for someone like sharpshooter Jack Gunston to arrive at a new club.

The 29-year-old is contracted for next season but missed much of 2021 with injury, and Lloyd suggested Brisbane would be a good fit for both parties.

“I know for a fact Gunston was exploring (his options) a month or so ago,” Lloyd told AFL Trade Radio’s The Early Trade.

“It’ll be interesting to see at his age and the injuries that he’s had whether there’s any takers for Jack and his salary and what other teams can fit him into their salary cap.

“I think in the next few days we may hear a little bit more about what player could potentially move on from Hawthorn.

“Gunston seems a great fit for the Lions for what they need.

“I know Gunston’s got to be willing to move … but it would work for him, the Brisbane Lions and for Hawthorn if all parties were keen.”