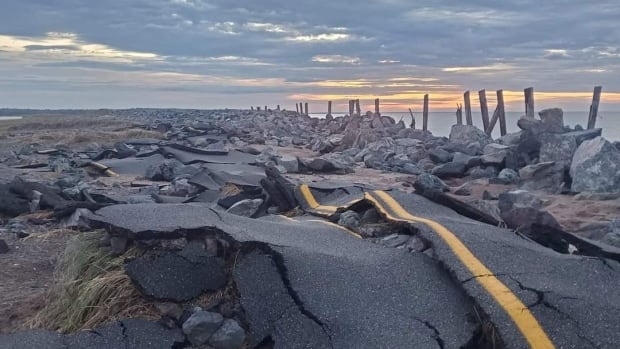 
Canadians will see lower incomes and a choice between higher taxes or fewer government services if there isn’t more effort to adapt to the changing climate, a new report from The Canadian Climate Institute warns.

But according to the report released Wednesday, if governments and the private sector buckle up and start investing in making Canada more resilient to the effects of extreme weather, the economic impact of climate change can be cut by 75 per cent.

“The good news story is we have some ability to change this future,” said Ryan Ness, the director of adaptation research for the climate institute.

In its analysis, called Damage Control, the institute looked at projected economic growth and analyzed the effect of different scenarios based on how many greenhouse gas emissions are eliminated and what we do to prepare for more frequent severe weather.

The worst news is that in every scenario, Canada’s climate is already changing and more severe weather — drought, forest fires, flooding and damaging storms — is already upon us.

In 2021, severe weather caused $2.1 billion in insured damages, which does not include costs related to public infrastructure or uninsured private losses.

The analysis estimates that Canada is already looking at annual disaster recovery bills of $5 billion by 2025 and $17 billion by 2050, regardless of how well Canada and the rest of the world do at cutting emissions.

It says that to prevent a loss in government services, including to health care or education, income taxes would have to increase by 0.35 per cent in 2025, compared to now, and get one per cent higher by 2050.

In the last week, Atlantic Canada was hit by post-tropical storm Fiona, causing widespread damage, and Canadians in parts of Ontario and western Quebec are still recovering after a derecho pummelled the region with multiple tornadoes and downbursts bringing winds up to 190 km/h in May.

Beyond higher reconstruction costs, Canada is also facing massive economic disruptions as factories are closed during storms or extreme heat and supply chains are disrupted. Railways and highways might fail faster than expected under the stress of more extreme weather.

Construction will get an economic boost, but only because it needs to step in to repair and replace damaged structures and transportation corridors, the report says.

The fallout would be felt across the board, with lower incomes, job losses, lower business investments and cuts to exports.

But if every effort is made to limit global warming by cutting greenhouse gas emissions, the report says, and Canada makes the needed investments to add resilience to public and private infrastructure, things will look better.

The report suggests that for every $1 invested in adaptation, governments and businesses can save $5 to $6 in direct damage costs, and another $6 to $10 in economic benefits, such as avoiding work stoppages or productivity slowdowns.

Adaptation can include seawalls to protect low-lying communities, laying down temperature-resistant asphalt, or upgrading or burying critical power lines.

Ness said it is “much more efficient economically to spend the money upfront on making that infrastructure better and more resilient than it is to fix it when climate change breaks it.”

The institute says the government needs to start incorporating the costs of climate change into all its economic decisions. That includes reporting on the estimated costs of not making planned investments.

It also needs to encourage, and in some cases mandate, the private sector to do the same.

And most importantly, it needs to increase its investments in adaptation to match the risk we’re facing, the institute says.

Ness said the national adaptation strategy expected from the federal government this fall is a good place to start, but he said it will only work if the strategy comes with major new investments and actions.