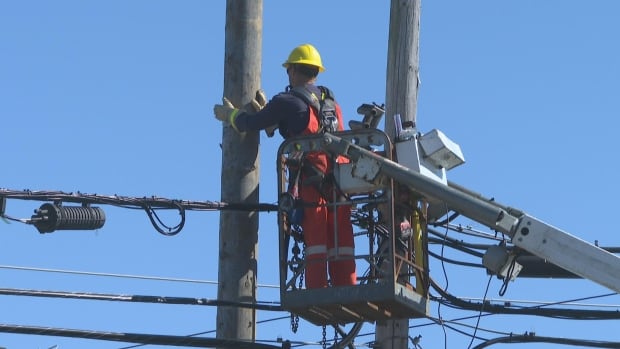 About 9,000 P.E.I. household and businesses without power 12 days after Fiona

The company does have an online list available showing different areas on the Island, roughly how many customers still need power and when they can expect that power to be restored.

According to the webpage majority of neighbourhoods should have their power back by Wednesday evening.

However, places such as Mermaid and Johnstons River could be waiting until Thursday. Murray Harbour and Grand Tracadie are scheduled for Friday. Some customers in Stanhope could be without lights until Sunday.

The company said it will start deploying its crews on Wednesday to focus on individual outages. Those include areas that just have one or two households without electricity.

Maritime Electric expects to have up to 98 per cent of power restored by Sunday — that is more than two weeks after the storm initially made landfall on the Island.

More students are also returning to the classroom on Wednesday.

Donagh Regional school has reopened following the storm. Those who attend Cardigan Consolidated will resume class in a temporary spot at Montague Regional High School.

Classes at École Évangéline are being moved to L’Exposition Agricole et le Festival Acadien grounds but no start date had been announced.

Americans are exhausted from dealing with inflation. 6 experts offer ideas for helping them cope