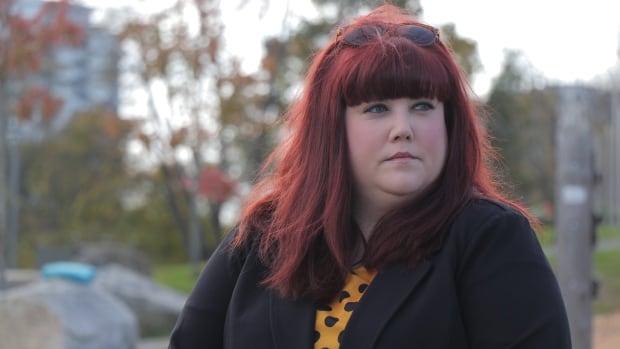 A man was charged with her sexual assault 3 years ago. He’s never been extradited


A Nova Scotia woman wants answers from the Public Prosecution Service about why it has failed for nearly the past three years to extradite a former Dalhousie University professor charged with sexually assaulting her.

She is also adding to a chorus of voices pressing the Nova Scotia government to proceed with legislation that would restrict the use of non-disclosure agreements in cases of sexual violence or discrimination.

Jennifer Graves filed a complaint with police in 2019 stating that she had been sexually assaulted multiple times by a former Dalhousie professor, Ryan Matthew Pelis, in 2014 and 2015.

Police charged him with two counts of sexual assault in December 2019, but by then, Pelis, an American citizen, had left for the U.S.

The court document listing the charges shows an address for Pelis in Massachusetts, but despite knowing his whereabouts, the Public Prosecution Service has never proceeded with an extradition request.

Graves said the lack of action is “absolutely devastating.”

“It was investigated, it warranted a charge, so why doesn’t it warrant its day in court? It’s just mind-boggling to me.”

There is no publication ban on Graves’s name because a ban can only be introduced once an accused person makes their first court appearance. Since Pelis has never attended court on the charges, no ban has taken effect.

Graves said she wanted to speak publicly about her case because it highlights issues that are “just too important to not lend your voice when you can.”

CBC News attempted to contacted Pelis through multiple channels, but did not hear back from him.

No explanation for lack of action

There is a Canada-wide warrant issued for Pelis’s arrest, so if he ever tries to enter Canada, he will be arrested.

But he cannot be forced to come back to answer the charges unless he is extradited.

The extradition process begins with police, who must first locate the accused abroad. Police then consult with the Public Prosecution Service of Nova Scotia (PPS), which makes the decision whether to make an extradition request to Ottawa. In cases where the PPS decides to pursue extradition, it provides information to a branch of the federal Justice Department, which then liaises with counterparts in the country where the accused is living.

A statement from the Halifax District RCMP, which investigated Graves’s case, says police did consult with the PPS, but were advised in fall 2019 that the PPS would not proceed with extradition.

CBC News asked PPS spokesperson Chris Hansen why the service did not pursue Pelis’s extradition, and in response, received a link to a document outlining the extradition process.

The document says before extradition can occur, Nova Scotia’s chief Crown attorney must confirm in writing that a prosecution will proceed.

Hansen said after assessing all the factors, the PPS “concluded the circumstances do not justify a request for extradition.” She said she could not provide more information because doing so could compromise Pelis’s right to a fair trial, should it ever occur.

Graves’s lawyer, Barry Mason of the law firm Pressé Mason, said he, too, has pressed the PPS for answers, and was also simply given the document about the extradition process.

“Providing us with a piece of paper and said, ‘You try to figure it out’ seems a rather cruel and insensitive way of dealing with someone who suffered a terrible, terrible offence like Jennifer has.… It’s just another slap in the face for a victim.”

Those “brownie points” can later be used to bargain for other demands, such as grain tariffs, Botting said.

Botting said if a sexual assault case between two adults hinges on the issue of consent, “then often it’s not regarded as that serious.”

“It sounds like it’s not going to gain much traction in the States, so it’s going to be a waste of money and goodwill,” he said.

Graves said she’s been failed by the system.

Dalhousie did not respond appropriately

Graves was an employee at Dalhousie University when the alleged assaults occurred at work-sanctioned events in 2014 and 2015.

According to LinkedIn, Pelis was employed at the school as an assistant professor and then associate professor in the pharmacology department from 2011 to 2018. His LinkedIn profile says he currently works at the pharmaceutical company Novartis in Massachusetts.

CBC News asked Graves whether she told her employer about the assaults, and how it dealt with the allegations. She said she could not comment on that, but pointed to a joint statement from Dalhousie and herself that acknowledges the university “failed to respond to the disclosure in a manner consistent with Dalhousie’s current sexualized violence policy or best practices in responding to disclosures of sexual violence.”

Asked for more details about its handling of the case, Dalhousie said it would not speak about individual cases due to privacy considerations.

In April, Graves spoke at a news conference at which the provincial NDP announced the introduction of legislation limiting the use of non-disclosure agreements in cases of discrimination, sexual assault or harassment.

While no one at the news conference explicitly said Graves is under an NDA, the context of her appearance at the event suggests she is.

After speaking about her criminal case, Graves told those present at the news conference: “Apart from the few details I have just shared, any other questions related to this matter will only be answered by me with, ‘No comment.'”

When CBC News asked Graves if she has a non-disclosure agreement with Dalhousie, she said, “No comment.”

Dalhousie said it does “from time to time” use confidentiality agreements with departing employees. “However, it is important for those who come forward through the sexualized violence policy process to know that non-disclosure agreements are not part of that process,” said spokesperson Janet Bryson in an email.

Asked whether the school ever uses non-disclosure agreements in cases involving sexual assault allegations, the university refused to answer.

The issue of NDAs hit the headlines this summer when it was revealed Hockey Canada used the agreements in the cases of women who were sexually assaulted by hockey players.

While Nova Scotia Premier Tim Houston has stated he is “disappointed” in the ongoing Hockey Canada scandal, his government has said it has no plans to bring in legislation on non-disclosure agreements this sitting.

Justice Minister Brad Johns said he believes the use of NDAs in sexual assault is “an abuse of what they were initially intended for,” but banning them is “not a priority” for government, which wants to see how similar legislation in P.E.I. plays out.

“So basically what you’re saying is that you agree that it’s abusive, but you just don’t think that it’s necessary to take any action,” she said. “The time is now. It needs to happen now. This is an unacceptable response from this government.”

Graves said she has requested a meeting with Houston about NDA legislation, but he has not responded.

Sports groups that receive federal funding, such as Hockey Canada, are required to disclose allegations of harassment, abuse or discrimination to the federal sport minister. Graves said a similar rule should also apply to post-secondary institutions and all federally funded organizations.

Kristina Fifield, a trauma therapist with the Avalon Sexual Assault Centre, said she hears through her clients of NDAs being used in cases of sexual assault in workplaces, including the post-secondary sector and health care.

Fifield said NDAs isolate victims, who are prohibited from sharing information about their situations. That restriction can hinder the healing process after an assault, and affect psychological, mental and physical health.

Because the allegations are not made public, the agreements also have the effect of protecting perpetrators of assault, potentially leaving them free to continue their behaviour — an additional cause of worry for survivors, Fifield said.

Fifield recently participated in the Mass Casualty Commission probing the killings of 22 people on April 18 and 19, 2020, by a man who had a long history of violence.

“Our province should be paying attention to what we just learned through the public inquiry here in our province around when we minimize, when we normalize, and when we do not act on violence,” she told CBC News in an interview. “This is a public safety issue.”