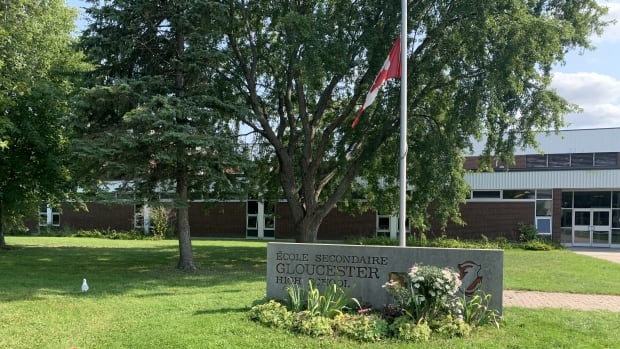 
Ottawa police say six youths are facing charges including robbery and intimidation after an assault Sept. 8 near Gloucester High School.

Police announced the charges in a news release Monday, saying the “multiple hate-motivated offences” at play also include conspiracy to commit an indictable offence.

The investigation involved its robbery unit, youth-focused officers and the school board, it said.

A petition sprung up in response to a video that first appeared on social media showing a Gloucester High School student being pushed to the ground and kicked by a number of teens.

The petition said the attack happened near the high school on Ogilvie Road and was “believed to be spurred from hatred and for racist reasons.”

According to a spokesperson for the Ottawa-Carleton District School Board (OCDSB), the charges are linked to the assault viewed in the video.

The OCDSB is undertaking its own internal investigation, according to an emailed statement sent Monday evening.

“We would like to thank the Ottawa Police Service for their work in investigating the assault of a student, which took place off school property near Gloucester High School in September,” the statement reads. “We also wish to extend our gratitude to everyone that has shared information in this matter.”

The board said it’s discussed the assault with students, but is also asking for privacy for the student and their family.

Unable to discuss many of the specifics due to youth criminal justice laws, the OCDSB said its own internal policy “establishes a spectrum of progressive discipline measures, up to and including expulsion.”

CBC has asked investigators for more information on whether the charges are related to the video, and has sought details about the charges that are considered hate-motivated.