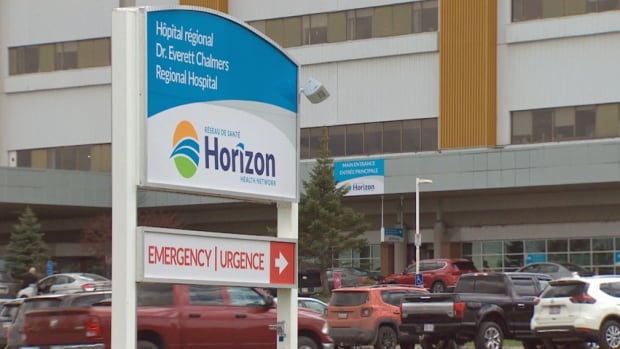 
At least four sexual assault nurse examiners have resigned from an already understaffed program in the wake of comments by the New Brunswick premier and a health authority executive about a Fredericton victim being turned away, which one nurse described as a “slap in the face.”

“It’s just the feeling of disrespect that we got and by not getting a public apology, we just felt disrespected,” said Matheson, who is still with the program.

CBC News reported in September that a woman who had been sexually assaulted was told to go home because no one was available to examine her until the next day.

Premier Blaine Higgs described the incident as “unacceptable” and “reflective of a process guided by very poor decision-making and a lack of compassion.”

Matheson said her colleagues “stepped aside … pretty well right after [a] big provincial meeting,” attended by SANE and Horizon officials, she said.

“You’ve got to support your staff, got to be loyal to your staff.”

The resignations leave just Matheson and two others to try to cover the Fredericton area 24/7, either on staff or on call, on top of their regular nursing shifts.

As a team of five, the Fredericton SANE nurses used to manage to cover about 90 per cent of the hours, she said. “I couldn’t even guess what the percentage is now, [but] the three of us are going to try and cover as much as we can.”

The Upper River Valley area has two SANE nurses left, along with the co-ordinator for that area, the Horizon spokesperson said.

He did not immediately respond to questions about any other resignations in other regions, but Matheson said she was on-call in Fredericton last Saturday and performed the forensic exams, commonly referred to as rape kits, for two victims from the Saint John area.

“So they’re certainly facing difficulties too,” she said.

Felt ‘thrown under the bus’

The woman, 26, was turned away from Dr. Everett Chalmers Regional Hospital’s emergency department because no trained nurse was available to perform the exam, which involves the collection of physical evidence that is admissible in court.

The victim, who is not being named by CBC News, said she was told to go home overnight, not shower or change, and to use the bathroom as little as possible to help preserve any evidence until an appointment the next day.

She did end up getting the exam before leaving when a police officer intervened and Matheson was called in after working the night shift, but the story triggered public outrage and garnered national attention, including from Prime Minister Justin Trudeau who called it “horrific.”

Horizon interim CEO and president Margaret Melanson echoed Higgs’s comments and told reporters that what happened was “unacceptable” and that it prompted a review of how the program is administered. “There will be follow-up undertaken with those working within this program, reinforcing the on-call scheduling,” as well as contingency plans, she said.

At the time, Matheson said the sexual assault nurse examiners felt “thrown under the bus,” wanted a public apology, and more nurses trained to provide the critical service to victims.

Premier Blaine Higgs could not immediately be reached for comment.

As of Sept. 15, Horizon had only 26 sexual assault nurse examiners. That’s down from about 40 a year ago.

Horizon is “working on a plan to enhance the SANE service and develop a more robust and sustainable program that will best leverage the skills of our expert nurses to meet the needs of survivors,” said Greg Doiron, vice-president of clinical operations.

The program review is expected to be completed “in the coming weeks” and the results will be shared with the minister of Health, he said in a statement.

Horizon is continuing to meet with its SANE co-ordinators and teams to “gather valuable information and feedback” as part of this process, said Doiron.

“We are fully committed to strengthening our program and providing the best possible care to our patients,” he said.

As it stands, SANE coverage in the Fredericton area “remains stable,” said Doiron.

A forensic examination can be offered to female victims up to a maximum of 96 hours after a sexual assault, according to standards set out in in the provincial SANE program. For male victims, the limit is 72 hours, he said.

“Survivors of sexual assault are encouraged to have a forensic examination performed as soon as possible within these parameters. … Our SANE nurses have extensive training in performing these examinations safely and with compassion.”

“We would like to recognize and sincerely thank our emergency department staff and our SANE nurses for continuing to provide safe and quality care to patients under challenging circumstances,” he added.

Matheson said she attended the first of what have become weekly meetings and described it as “good.”

“There was again, no apology. But [Doiron] vowed to work with us … to see how we can make some changes,” she said.

“Everybody talked about the impact on them … of this story coming out the way it was. I just never thought it would ever go this far. This, you know? It’s crazy.”

She has heard from people across the province and in other provinces since the story went “viral,” she said, and she’s getting “lots of love and support” from nurses and doctors in particular.

Overall, the media attention has been good, she said, “because maybe a lot of people didn’t understand the program or even knew that it existed.

“I’m hoping that … some positive things will come out of it. I’m certainly hoping that.

“In the meantime, I will keep on doing my cases.”

About 9,000 P.E.I. household and businesses without power 12 days after Fiona