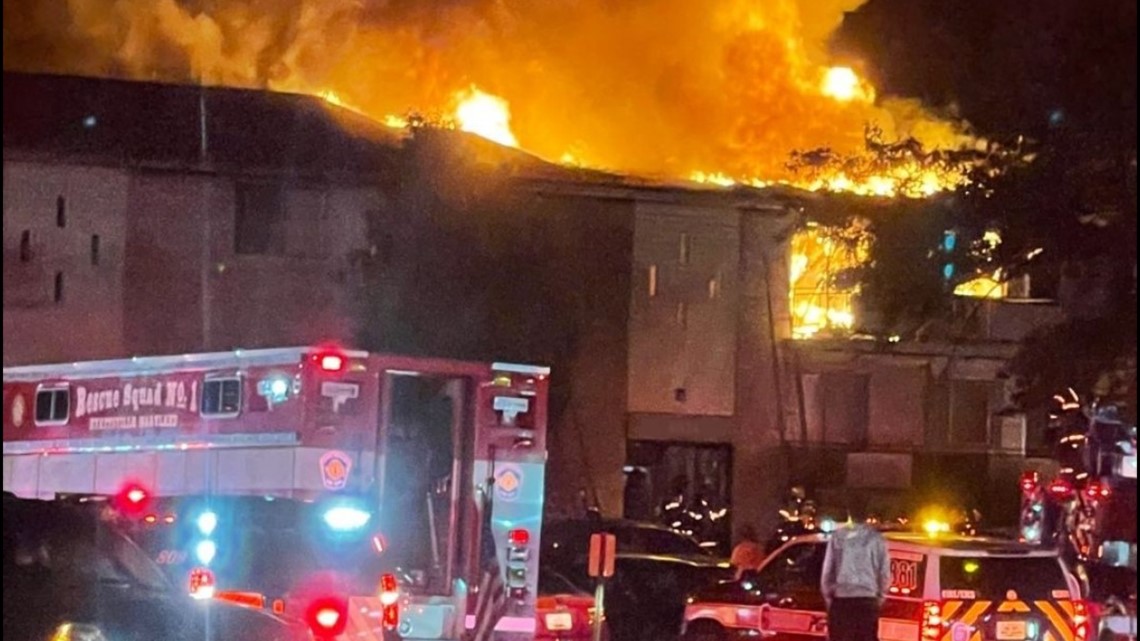 Firefighters arrived on scene to find flames shooting from the roof of the Lanham apartment building.

PRINCE GEORGE’S COUNTY, Md. — Three people have been sent to the hospital, including a firefighter after a large fire at an apartment building in Lanham, Maryland.

Prince George’s County Fire Department crews were dispatched to a call of a fire around 1:55 a.m. in the 6800 block of Riverdale Road.

Once crews arrived on scene, they found flames on the second floor of the building shooting from the roof of the apartment building. The size of the flames led to crews on the scene calling a second and third alarm, to allow for more firefighters to help put out the blaze, according to Prince George’s County Public Information Officer Mike Yourishin.

At one point firefighters had to leave the building and fight the fire from the outside because of the intensity of the flames, Yourishin said.

A neighbor we spoke with tells us the two people injured were brothers who jumped from a window to escape the flames.

Firefighters say all visible fire is out and crews remained on scene Friday morning monitoring the fire and extinguishing hot spots.

The cause of the fire remains under investigation.

WUSA9 is now on Roku and Amazon Fire TVs. Download the apps today for live newscasts and video on demand.

Download the WUSA9 app to get breaking news, weather and important stories at your fingertips.