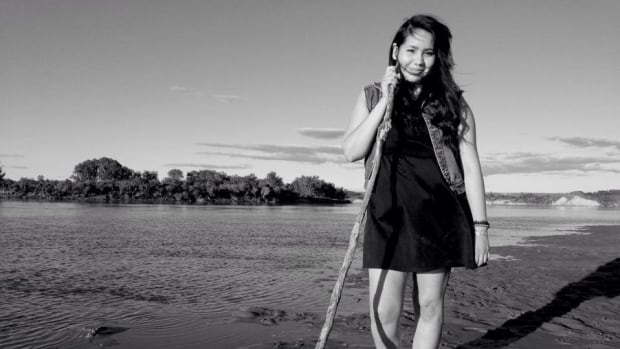 
A 25-year-old woman who died as a result of COVID-19 complications is being remembered as a “bright light” in her home community of the Thunderchild First Nation.

Savannah Noon is one of the youngest people to die as a result of the COVID-19 virus in Saskatchewan and she’s being remembered by her family and friends as a talented and loving person always ready to help others.

“We called her ‘Savy’ and she’s very befitting of her name, because she had a lot of savvy,” said her uncle Dwayne Noon in an interview Saturday.

He said her death has sent shock waves through the entire population of Thunderchild, located 235 kilometres northwest from Saskatoon, as she was a young person who was loved by many of the community’s 1,800 members.

“If you have her as a friend, you have a friend for life,” he said.

Noon was an avid and talented photographer, capturing landscapes and portraits of those around her as she was finding her way in the world and diving deep into her Cree culture.

He said the Savannah had an enthusiasm for knowledge and information, always maintaining high grades and having a sense of curiosity that he admired.

Noon said the death has been hard on his family and everyone who encountered his niece, and condolences from across the country have been pouring in.

“It left a void in our community for sure,” he said. “It got everybody thinking, definitely that it could just be anybody now. At first we were thinking about the elderly and now we’re thinking it could take anybody.”

Always had her camera

Desiree Noon is Savannah’s cousin and would sometimes find herself the subject of her photographs.

She said whether her cousin was at a family gathering or travelling the streets of Montreal, where she spent some time, “she’d always have her camera with her.”

Desiree said the loss of her cousin has been hard and she’ll miss the way she captured the people and moments around her.

“She’d just find the perfect angle, wherever she was sitting or standing, and it was important for her to remember those moments with the people she loved or the people she had just met,” she said.  “She just had an eye for beauty and you can see it in her photos.”

Noon is one of the few people in the 20-29 age group who have died as a result of COVID-19 in the province of Saskatchewan.

She just had an eye for beauty and you can see it in her photos.– Desiree Noon, family member

Her death appears to be included in the Dec. 29 update provided by the Government of Saskatchewan and it’s at least the fourth time a person under the age of 30 has died after they contracted COVID-19.

Then, on Dec. 15, another person in the age group of 20-29 was also reported to have died as a result of the virus.

It’s a grim series of events that Savannah’s uncle is no stranger to.

Alongside being a close family member, he’s also the Thunderchild First Nation’s Pandemic Coordinator, working on the frontline to help plan the community’s response to COVID-19 and supporting people who have contracted the virus or are in isolation.

As someone on the frontline who has also experienced the loss of a loved-one due to COVID-19, he said it’s important for people to continue to take the virus seriously.

“It’s very real,” he said. “That somebody so young in our family could be cut down like that in the prime of their life. It’s just unspeakable. The danger is very, very real.”

As of Saturday afternoon, the province of Saskatchewan has reported 158 deaths in people who have contracted COVID-19.