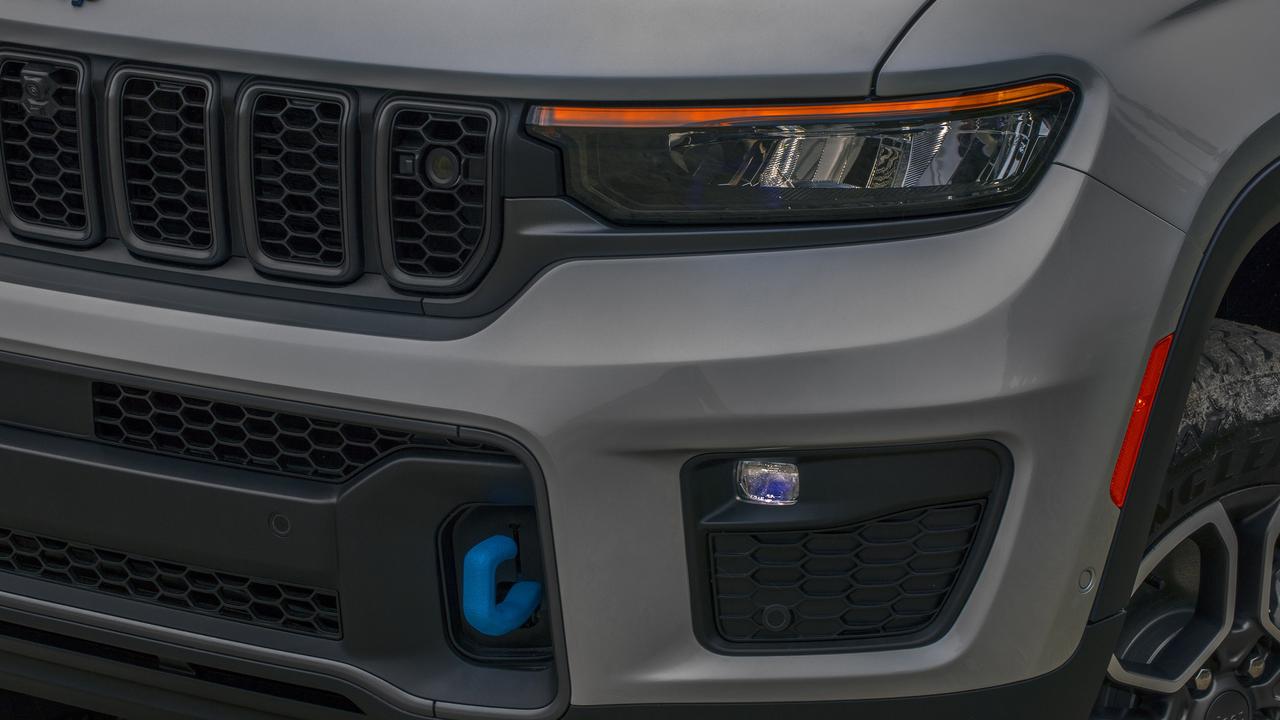 The American brand reveals its big, bad family SUV that has something for old school fans and something to attract new ones, too.

Jeep has put a bob each-way on its new Grand Cherokee.

The American brand has debuted its all-new Grand Cherokee family SUV with a nod to the past and the future.

For the first time Jeep will offer the Grand Cherokee with a plug-in hybrid set-up.

Called the 4xe, the version blends a 2.0-litre turbocharged petrol engine with two electric motors and a 17kWh battery. The two combine for a total of 280kW and 637Nm and it can be driven for up to 40km on electric power alone.

The 4xe is Trail Rated, which means it has undergone Jeep’s rigorous off-road testing. It has a water wading depth of 610mm, four-wheel drive, extra ground clearance and multiple driving modes to tackle different terrain such as rock, snow and mud/sand.

It has a max braked towing capacity of 2720kg.

But Jeep’s new shade of green hasn’t fully changed its beefy image, as the Grand Cherokee also coming with a big 5.7-litre V8.

This naturally aspirated V8 makes 266kW and 529Nm, a slight rise over the 5.7-litre unit found in the current Grand Cherokee. The V8 equipped versions have a max braked towing capacity of 3265kg.

Jeep hasn’t provided updated fuel use figures, but both engines are extremely thirsty in current vehicles.

Both petrol and plug-in hybrid versions are due to land in Australia in the second half of next year.

Jeep has previously announced it will not offer diesel engines in the Grand Cherokee because the fuel is unpopular in America.

This might be the last chance to get a V8-powered Jeep before electric and hybrid vehicles become more popular in the US.

In August US President Joe Biden signed an executive order that requires 50 per cent of all new cars sold by 2030 to be electric.

The next-generation Grand Cherokee is built on a new platform that will spawn several different models.

Jeep is upping the luxury with some models fitted with heated and ventilated first and second row seats and massage functions for both front seats.

There are two 10.1-inch screens, one for the digital instrument display and the other for the infotainment functions.

Jeep also has a 10.25-inch interactive display for the front seat passenger and a high-definition rear seat entertainment system.

Jeep will reveal local pricing and specification closer to the car’s launch date.

Channel 7 to show Sydney racing for next five years