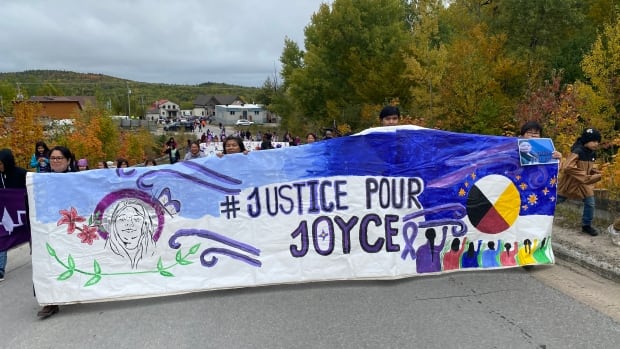 The 37-year-old Atikamekw mother of seven died in a Joliette, Que., hospital in 2020 after filming herself being subjected to insulting comments from staff.

Quebec’s Ministry of Health and Social Services (MSSS) developed compulsory training for all its health-care workers after a coroner’s report found racism and discrimination contributed to Echaquan’s death.

Indigenous health-care workers feel the 90-minute online training is inadequate, as it lacks concepts of cultural safety and references to Echaquan.

“We fully understand the criticisms that are made in connection with training,” said Marie-Helene Émond, media relations officer with the MSSS.

“In the interests of continuous improvement, the MSSS will continue discussions and work to improve existing training.”

Indigenous Affairs Minister Ian Lafrenière also said in a statement to Radio-Canada that the training is just one of the measures taken to address how Echaquan was treated.

“If communities believe that it is not adequate, it must be improved,” he said.

“We will leave the experts, the Ministry of Health and the communities to make these decisions, together.”

Lafrenière said the Coalition Avenir Québec government, which is looking to be re-elected next week, has also invested $27 million to support clinical projects for Indigenous people in urban areas, such as at the Val-d’Or Native Friendship Centre, and has added navigators to better adapt services to Indigenous people.

Several First Nations advocates added their voices to the calls for reforming the training, as well as additional measures that respond to the recommendations of the Truth and Reconciliation Commission, Quebec’s Viens Commission, the National Inquiry into Missing and Murdered Indigenous Women and Girls, and Joyce’s Principle — a call by the leadership in Echaquan’s Atikamekw community to guarantee Indigenous people the right to equitable access to social and health services.

“Effective training must recognize the history of colonialism so that it can be corrected,” said Native Women’s Association of Canada (NWAC) president Carol McBride.

“It’s just very upsetting when you find out that people that have gone through this so-called training are not satisfied with it.”

McBride, who is from Timiskaming First Nation in western Quebec, wrote a letter to provincial Health Minister Christian Dubé, urging him to meet with Indigenous experts to co-create an Indigenous-led training program and to employ other measures recommended by key reports for ending discrimination in the health-care system.

Training needs to be ‘scrapped’

Nakuset, executive director of the Native Women’s Shelter of Montreal, said the “current training needs to be scrapped.”

“A new one needs to be created,” she told CBC Radio’s The Current on Wednesday.

“But what you need is for it to be compulsory and you need to have an exam … because sometimes it feels like training is sort of voluntary, you don’t really have to pay attention, you can be on your phone while it’s going on. It needs to be as serious as a first aid course.”

“We have to build a culturally safe system but that is going to take a lot of time,” he said.

“We put a brick, but to build this building we have to make the time to make it safe and much better.”