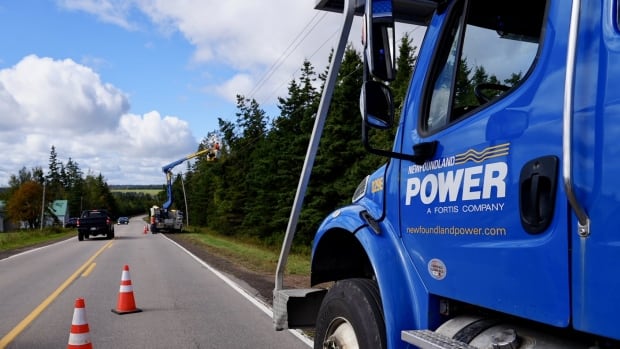 
As the 10th day after post-tropical storm Fiona dawns on P.E.I. life is in many ways returning to normal, but around 40,000 Islanders are waking up without electricity, meaning no light, heat, hot water, poor internet connections, and in many cases no running water.

Maritime Electric, the province’s main utility, is reporting about 18,000 customers still have no electricity. With an average of 2.3 Islanders per household, that comes to more than 40,000 people.

The province is making efforts to return to normal. Most schools will reopen Monday, along with the University of Prince Edward Island and Holland College. The provincial civil service was called back to offices on Thursday.

But for those without electricity getting ready to go to work will be more of a struggle than usual.

The weather has been mostly mild since Fiona hit the Island on Sept. 24, tearing up trees and devastating the power grid. That has reduced potential problems for Islanders who can’t run their furnaces without electricity, but temperatures fell below the freezing point overnight Sunday, and another frost advisory is in effect for Monday night.

While children are being called back to school on Monday for the first time since the storm hit, nine schools will not be reopening either because of damage or because they still have no power.

The schools that will not open Monday are

The province has a web site that is regularly updated with information about school openings. You can find it here.

Islanders are being told to expect longer than normal wait times at the emergency department of the Queen Elizabeth Hospital in Charlottetown.

Health P.E.I. says staff are feeling the impacts of Fiona, and there is still more absenteeism than normal due to COVID-19.

“We’re all dealing with the same situation that everybody else in the general public is dealing with,” said Mike MacDonald, acting associate director of clinician nursing.

“Some folks have suffered, you know, damage to their houses, property, those kinds of things. And so we’re asking staff to come in and work and support Islanders and yet still deal with their own situations at home. So it has been stressful on staff.”

People without urgent needs are being told to avoid the emergency.

Operating room nurses are being offered double time in some cases to work in the emergency.

MacDonald said while there are staff shortages, the emergency room will not shut down completely.

The Canadian Red Cross opened a disaster shelter in Charlottetown on Saturday.

It is at the Murchison Centre, and is open 24 hours a day. The centre provides power, food, water and personal hygiene kits, as well as a warm place for people to sleep.

Hot meals are being provided by local caterers. The Red Cross is attempting to balance supply and demand. Uneaten meals are distributed to those living in encampments.

Real versus fake: how replica guns can pose real problems