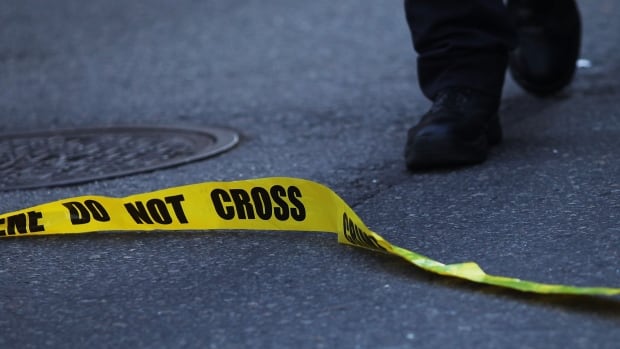 
One man is dead and a woman is severely injured after they were both shot by police in Keremeos, B.C.

RCMP said in a news release that officers from their regional emergency response team tried to arrest the man and woman at around 7:45 a.m. Tuesday for outstanding warrants in the 4100 block of Highway 3, about 100 kilometres south of Kelowna.

Police said the man allegedly produced a weapon and was then shot by the police. The woman was then shot as the situation continued.

The man died at the scene and the woman was taken to hospital in serious condition, the police said.

The RCMP’s explosive disposal unit was sent to the scene, which has been cordoned off and secured, due to what police called “potential dangers.”

Ron and Carol Schiebel live in the Sunkatchers RV Park about 16 kilometres northwest of Keremeos. The couple say they heard the entire police interaction and that it took place at a forestry camp not far from their mobile home.

“About seven o’clock I was out having coffee in the backyard, and I heard a loud siren,” said Ron. “And then [someone on] a loudspeaker saying, ‘Come out, come out. We have a warrant for your arrest.'”

Schiebel says he heard officers yelling and several loud bangs — what he thinks may have been smoke bombs — over the next 60 minutes.

“It took a good hour,” he said. “And then all of a sudden after the last bang, I heard four shots.”

The couple says they didn’t see the police operation, but heard it play out — including several instances of what sounded like police yelling, “Put the gun down.”

They say the two people involved in the police interaction lived in a school bus that was tucked into the woods near the Similkameen River.

“There’s been people there for two years,” said Carol, referring to the forestry camp. “This particular bus has been there for over a year and the locals have gone to the police … to try and get the people moved.”

The Independent Investigations Office (IIO) of British Columbia is now investigating. The office is called to investigate any case where police action or inaction may have contributed to serious harm or death.

The IIO is asking any person with relevant information, dashcam or other video footage of the incident to call its number 1-855-446-8477, or to fill out the online form on the website iiobc.ca.

CF Montreal edge Chicago Fire, near home-field advantage in 1st round of playoffs