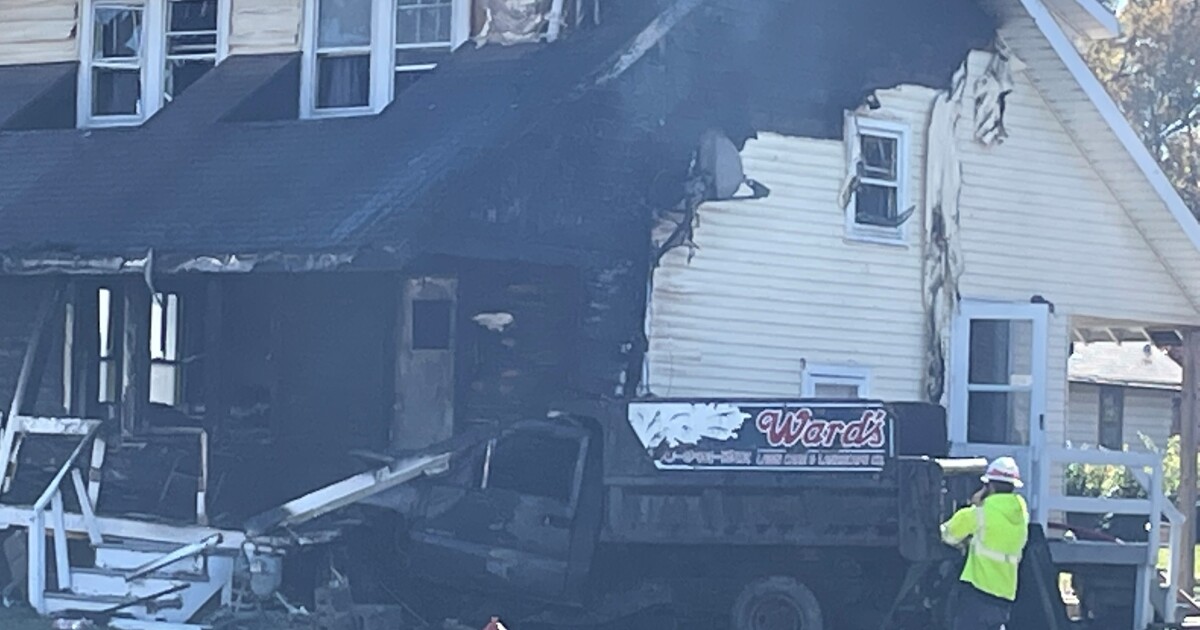 1 dead, another injured after dump truck crashes into house, both catch on fire

Witness video showed a chaotic scene unfolding a little before 11:00 a.m. Erika Sherman watched it all unfold. She said it seemed like the driver of the dump truck lost control of the truck.

She said the only thing that stopped the truck, was when it hit a home on Vine Street.

The crash caused both the house and dump truck to catch on fire.

Witnesses rushed to the truck to try and get the driver from the vehicle, not realizing there was a passenger in the vehicle too.

“I was able to capture the good samaritans trying to pull the young man out of the vehicle. I believe one of them burnt themselves trying to flee the man,” said James Guller, a witness.

Sherman was one of the people who rushed over.

“myself and other individuals got out of vehicles and ran up,” she said. “The gentleman that ran up to the scene took a brick and smashed the window because we were unable to pry the driver door open,” she said.

No one was home at the time of the crash. Bystanders assisted the driver from the truck, and he was taken to Hillcrest Hospital, said officials.

But after firefighters got the flames under control, they found someone in the passenger seat, who did not make it.

The incident is under investigation

Download the News 5 Cleveland app now for more stories from us, plus alerts on major news, the latest weather forecast, traffic information and much more. Download now on your Apple device here, and your Android device here.