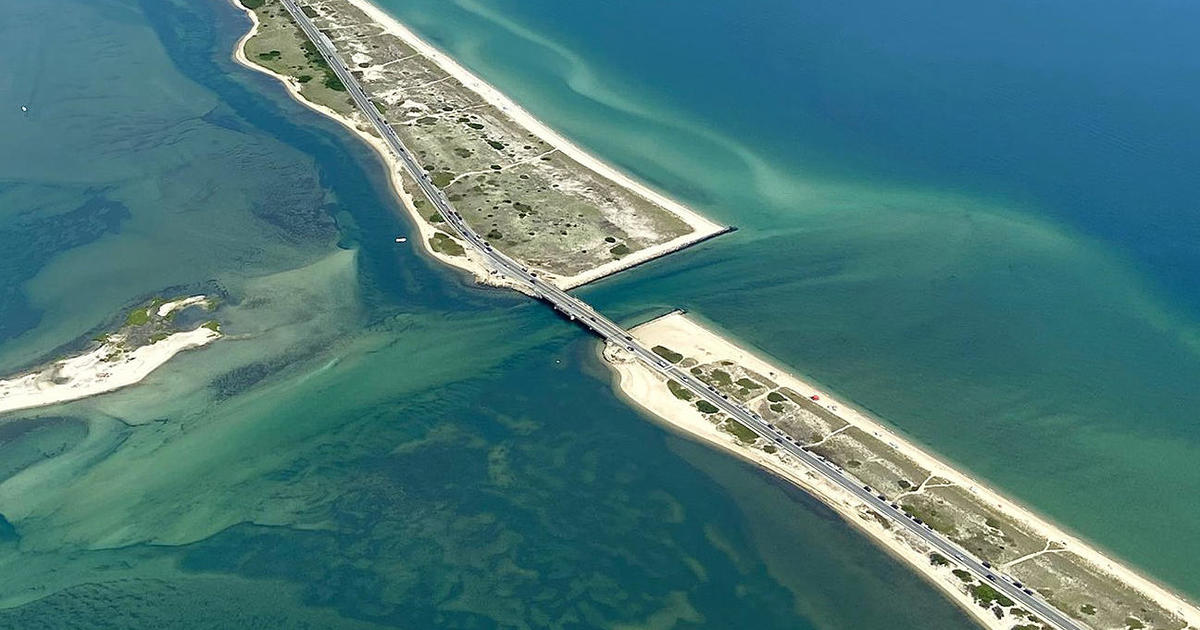 
EDGARTOWN – A 26-year-old man was found dead and his 21-year-old brother is missing after they jumped off a bridge in Martha’s Vineyard, according to Massachusetts State Police.

Four people jumped off the Jaws bridge in Edgartown Sunday night. A U.S. Coast Guard spokesperson told WBZ-TV they started searching for the swimmers around 11:20 p.m.. Two were found unhurt, but two young men did not come up.

The depth of the water under the bridge is about 15 feet. The Oak Bluffs fire chief told WBZ-TV’s Louisa Moller that the tide was coming in at the time, and was undoubtedly very fast.

State Police spokesman Dave Procopio said police and firefighters searched for the men until about 3:30 a.m. Divers were brought in for the search after sunrise.

The body of the 26-year-old was found by a search team Monday morning, State Police said.

The Coast Guard suspended the search for the 21-year-old man around 3 p.m., pending any further developments. State Police will return to the area on Tuesday to search with side scan sonar.

Their names have not been made public. State police said the brothers were seasonal workers at a restaurant and living in Oak Bluffs.

The bridge, which is officially named the American Legion Memorial Bridge according to State Police, is on Beach Road and connects Edgartown and Oak Bluffs. It became a landmark after appearing in the 1975 hit film Jaws, which was shot on the Vineyard.

Even as crews searched for the missing man on Monday, young people continued to jump off the bridge.

“I was surprised, even after they finished blocking it off, that people came back to jump,” said Russell Bell, a summer resident of the island.

Another summer resident, Michael Hamilton, said he remembers someone injuring their neck a few years ago after jumping from the bridge.

“You don’t know what’s happening when you jump in the water,” he said.

The CBS Boston team is a group of experienced journalists who bring you the content on CBSBoston.com.

His passion for soccer survived 3 years in a refugee camp. Now this St. John’s player is pushing for the pros